The Vikings Should Be on the Phone with the Chiefs 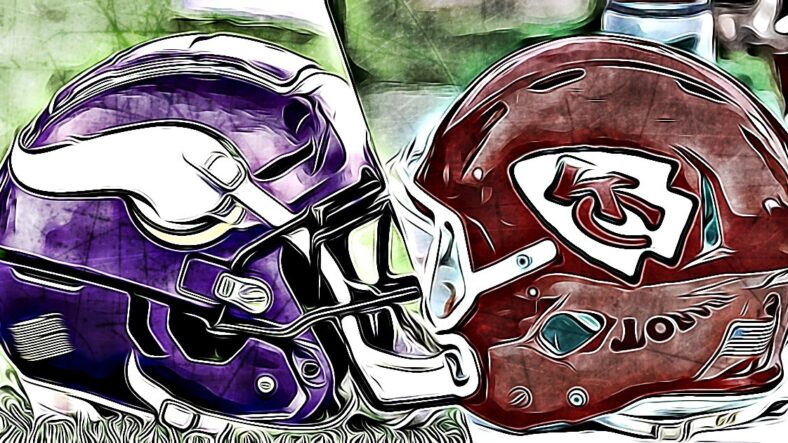 The Minnesota Vikings traded cornerback Mike Hughes to the Kansas City Chiefs last summer, and the two teams should hop on the phone once again for a trade chat.

Last week, Minnesota re-signed cornerback Patrick Peterson, lessening the potential for a “panic draft” of a cornerback with the 12th overall pick. To date, the Vikings are forecasted to likely draft Ahmad Gardner or Derek Stingley Jr. in the 1st Round of this month’s draft — if those players aren’t selected before #12. Yet, with the NFL Combine in the rearview and Gardner and Stingley’s stock rising in front of the 12th hole, the Vikings might explore a Plan B.

And that Plan B should be trading the 12th overall pick to Brett Veach, the general manager of the Kansas City Chiefs.

You see, the Chiefs own the 29th and 30th picks in the 1st Round of the draft, and the Vikings could reasonably squeeze those away from Veach. All Minnesota would have to do is send the 12th pick to Veach.

Why does Veach need the 12th pick in the draft? Simple. He traded Tyreek Hill to the Miami Dolphins in March, the franchise’s top non-QB weapon. For now, Patrick Mahomes has wide receivers like JuJu Smith-Schuster, Marquez Valdes-Scantling, Mecole Hardman, and the ghost of Josh Goron for offensive fireworks. Those men might do the trick, but Veach swapping with the Vikings to strike for Garrett Wilson or Drake London is a smarter Hill replacement plan.

The Vikings have roster needs, although they’re not as glaring as two months ago. Adofo-Mensah should fortify the CB and EDGE rooms this draft, and using two 1st-Rounders for the task adds up. Tapping the Chiefs for business discussions is really the only way to flip one 1st-Rounder for two — unless Adofo-Mensah wants a 2023 1st-Round pick in the holster for next year.

It’s as simple as this: the Chiefs probably want an impact take-the-top-off-the-defense playmaker on offense that the 12th pick can offer. Minnesota needs credible depth. Swapping assets is a means to marry both desires.

Of course, the deal probably wouldn’t happen until draft night, so you’ll have to wait three weeks. But the knowledge nuggets check out on this one.

Two firsts for the price one. Badda bing.