The Vikings Most Significant Area of Improvement This Offseason 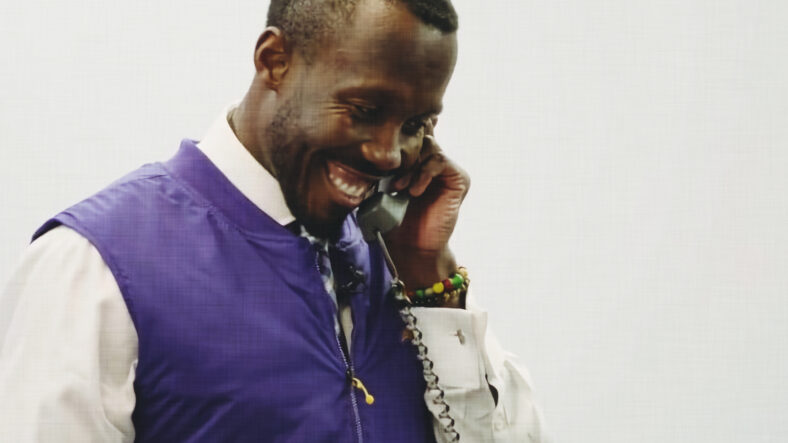 The Minnesota Vikings 2022 offseason will be remembered for the dismissals of general manager Rick Spielman and head coach Mike Zimmer, followed by the subsequent replacements in Kwesi Adofo-Mensah and Kevin O’Connell. Rightfully so.

For “big names” in free agency, no other move from Adofo-Mensah will supersede the onboarding of EDGE rusher Za’Darius Smith — for two reasons a) When healthy, he’s marvelous b) Smith defected from the Green Bay Packers, a tactic that always excites fans.

But while the Smith addition has the upside to be Adofo-Mensah’s most noteworthy offseason move, the most significant area of improvement this spring was the attention allotted to right guard.

Minnesota bumbled between Dakota Dozier, Dru Samia, and Oli Udoh for two full years, and now those days are over. A parade could be held on Hennepin Avenue to celebrate the end of guaranteed RG futility.

In 2021 — and even looking forward — the Vikings were trapped in a strange spot. The franchise had the edges of the offensive line locked down, thanks to Brian O’Neill and Christian Darrisaw. Still, no one within 1,000 miles of the organization’s fanbase believed the offensive was in good shape.

Why? Well, the interior of the offensive trenches stunk. Plain and simple.

The man in the middle, Garrett Bradbury, is still slated to start in 2022, but at least the new coaching staff believes it can work with his skillset. Conversely, the right guard position underwent complete upheaval.

If the Vikings are to struggle again in 2022 at RG, it will have meant that three men stunk.

Ingram is the frontrunner to start at RG, the product of Adofo-Mensah’s high-profile 2022 NFL Draft class. Teams don’t select guards in Round 2 without imminent plans to play them. However, if Ingram is a swing-and-a-miss [God forbid], Davis and Reed are the contingencies.

The Vikings didn’t do RG contingencies with Spielman and Zimmer.

It was always “well, this Dozier guy will eventually figure it out” — or a pivot to some other right guard who usually played tackle or center in a past life. Davis, from the Miami Dolphins, falls into the tackle-turn-guard category, so perhaps he’ll end up being a reservist candidate for Darrisaw and O’Neill. Reed (Colts) is a true-blue guard, one that posted a 67.2 grade from Pro Football Focus in 2021.

Overall, the job is Ingram’s to lose unless the new coaching staff has quiet plans to move the LSU alumnus to center.

The men inhabiting the right guard spot since the start of the 2018 season caused the Vikings anguish. The new leadership brains recognized it — seemingly immediately — and signed three new personalities to fix the problem.

Za’Darius Smith should go down in the history books as the splashiest offseason addition, but the three-pronged approach to RG resolution is the most significant.