The Vikings Have a Sudden TD Magnet 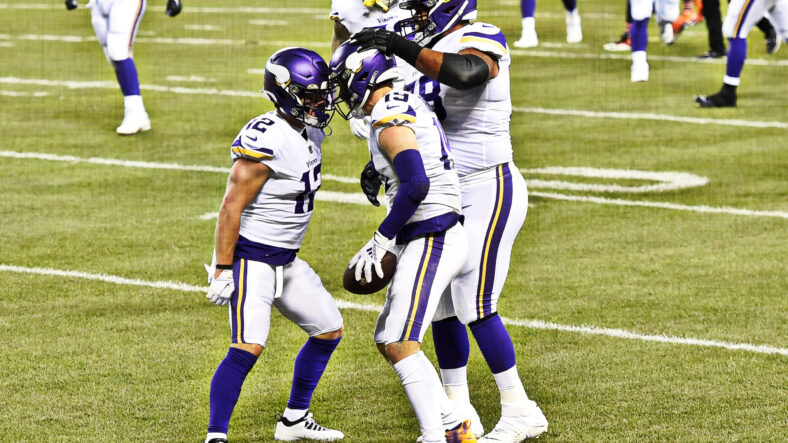 As Adam Thielen tunnels deeper in his 30s, he’ll have staying power with the Minnesota Vikings for one specific reason.

During Thielen’s first five seasons, he notched 19 scores with a hodgepodge of quarterbacks in Teddy Bridgewater, Case Keenum, and Sam Bradford. In the last three seasons, Thielen’s touchdown total spiked to 30.

Perhaps it was the maturation of a relationship with Kirk Cousins, who joined the team in 2018. Regardless, the touchdowns came flowing in for Thielen during Cousins’ second season as Vikings QB1.

So much so, Thielen leads all WRs in Receiving Touchdowns per Target since 2019. Here are the numbers:

What does this mean? Generally speaking, when Thielen is targeted, he scores at a higher rate than any other prominent wide receiver in the NFL.

Thielen, 31, is scheduled to be with the Vikings for three more seasons, as his contract is aligned appropriately and exactly with the beginning of Justin Jefferson’s eventual ginormous payday. Onlookers of the Vikings should get a few more seasons to determine if Thielen continues the breakneck touchdown rate.

Plus, it would be strange for Thielen to slow down during life after Mike Zimmer. Minnesota hired Kevin O’Connell to replace Zimmer, and O’Connell and Zimmer are about as similar as Hillary Clinton and Donald Trump — at least in terms of football philosophies. Zimmer adored a defense-first approach, running the ball down throats and scoring just enough points to reign victorious. O’Connell, on the other hand, arrives in Minnesota from a Los Angeles Rams system that fancies points, points, and more points.

If Thielen attained the above-listed touchdown mark in a defense-first, run-the-ball culture, his projection in an O’Connell scheme should only enhance.