The Vikings Are Back 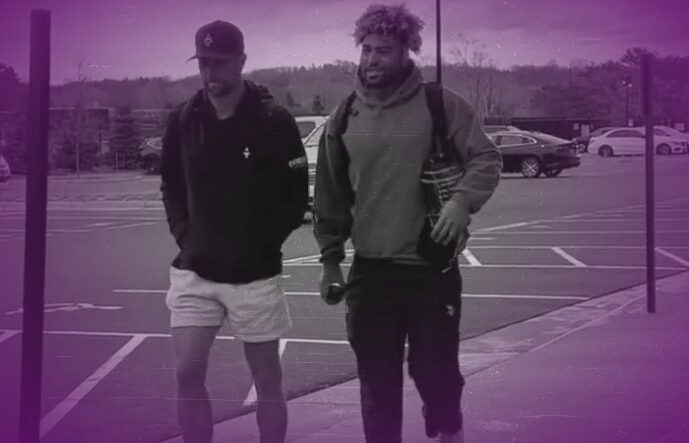 And just like that, the 2022 Minnesota Vikings are back at it.

On Monday, players arrived at team headquarters in Eagan for voluntary offseason workouts.

The team highlighted Irv Smith Jr. strategically above, as the fourth-year tight end missed all of the 2021 season with a torn meniscus. He’ll return to action this fall, hoping to finally actionize a long-awaited “breakout season” while playing on the final year of his rookie contract.

Without Smith Jr. and notable others like Danielle Hunter for half the season, the Vikings further devolved into mediocrity, finishing the 2021 campaign with a milquetoast 8-9 record. Minnesota suffered for vanilla offensive playcalling at times and historically poor end-of-half defense, surrendering far too many points in the final two minutes of halves.

Adofo-Mensah took the Vikings bossman job after two stints in the NFL with the San Francisco 49ers and Cleveland Browns. Renowned for his analytics approach to football, which he calls “value,” Adofo-Mensah injects youth and a new wave into the Minnesota front office.

In that same vein, he hired Kevin O’Connell, an offensive-minded coach who won a Super Bowl with the Los Angeles Rams in February. O’Connell was the offensive coordinator under Sean McVay, leading the Rams to the Promised Land with Matthew Stafford at the QB1 helm, a passer who failed to drag the Detroit Lions deep in the playoffs during 12 regular-season tries.

Adof0-Mensah had a prime opportunity to rebuild the roster from the ground up, but he opposed the measure. Instead, the young executive recommitted to Kirk Cousins, restructured existing veteran contracts, inked new defenders Za’Darius Smith, Harrison Phillips, and Jordan Hicks — and appears determined to snatch the NFC North from the Green Bay Packers.

Per Vegas odds, the Vikings are theorized to win around nine games, similar to forecasts of the Arizona Cardinals and Miami Dolphins.

The in-person stuff begins today. Players will conduct preliminary workouts in Eagan, getting their proverbial “feet under them” once again.

If the Vikings fail to qualify for the postseason in 2022, it will mark the third time consecutively. And Minnesota hasn’t missed the playoffs thrice in a row since the 2005, 2006, and 2007 seasons.

The infancy of the Kevin O’Connell experiment boils down to his ability to lead more effectively than his predecessor, Zimmer. Because Minnesota made no sizable roster moves, the new leadership relies on the notion Zimmer — almost singlehandedly — held the team back amid the last two seasons.

The next step in the NFL offseason process? The draft. It begins on April 28th as the Vikings hold the 12th overall pick.