The Vegas Frontrunner to Become Head Coach of the Minnesota Vikings 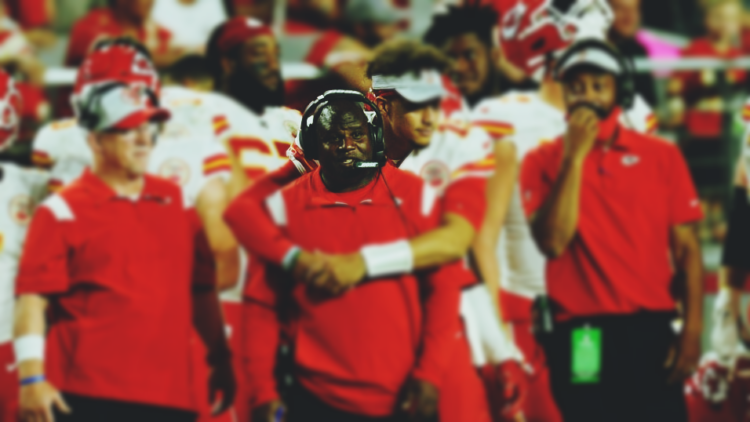 Leave prognostications up to Las Vegas oddsmakers, and Kansas City Chiefs offensive coordinator Eric Bieniemy will become the next head coach of the Minnesota Vikings.

Sportsbooks concoct odds for just about everything, with head coach openings not immune.

The Vikings are in the market for a new head coach after terminating long-time skipper Mike Zimmer on Black Monday. General Manager Rick Spielman was dismissed, too.

Minnesota seeks to improve on an eight-year, Zimmer-infused run when the Vikings ranked as the league’s 10th-best team. Zimmer’s Vikings, on the whole, beat bad and mediocre teams while struggling against teams with winning records. Other good teams lost more games to bad teams than Zimmer, but he didn’t win as many against games good team – if you follow that logic. Now, Zimmer is unemployed, seemingly heading for retirement or a defensive coordinator gig with a squad like the Dallas Cowboys or Denver Broncos.

Should the bettors get it right, Eric Bieniemy will soon take over the Vikings franchise, although that is nowhere near ironclad.

Minnesota’s brass hasn’t even hired a general manager yet to start the coaching search. Vikings ownership, the Wilfs, affirmed the new bossman will hire the new coach when the person arrives in the GM seat. Minnesota should find a general manager within a week.

Bieniemy is heading to the playoffs – again. He offensively coordinates the Chiefs, a team well-known for offensive fireworks and theatrics. Led by Boy Wonder Patrick Mahomes, Kansas City’s offense rarely stalls in ruts. There’s a constant debate about who deserves the credit for the Chiefs firepower – Mahomes, head coach Andy Reid, or Bieniemy.

Some believe Bieniemy has something to do with it – or at least the man is an intelligent spectator.

Other NFL teams passed over Bieniemy during coaching searches as of late. It’s really a mystery. Now, though, Bieniemy has a chance to “come home.” His professional coaching career began with the Vikings on Brad Childress’ staff, coaching men like Adrian Peterson and Chester Taylor as a running backs coach. He was the assistant head coach in 2010, a year that went wildly pear-shaped with a declining Brett Favre at quarterback.

Bieniemy then returned to college as offensive coordinator at the University of Colorado, heading to Kansas City thereafter.

Bienemy, 52, would be about the same as Leslie Frazier when he became head coach in 2011.

And if it’s not Bieniemy, Vegas favors Brian Daboll from the Buffalo Bills or Zimmer’s defensive lieutenant, Andre Patterson.