The Biggest Concern for the Vikings Heading into 2022 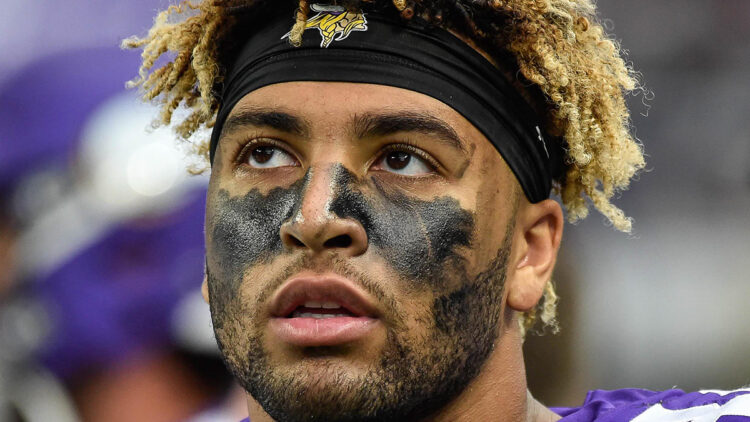 The Minnesota Vikings have to be among the most intriguing stories heading into the 2022 season.

Under the new reign of KAM and KOC, the franchise looks to unseat the juggernaut Green Bay Packers atop the NFC North, and Kirk Cousins tries to live up to his shiny new contract. Amidst the excitement, there are still a few cracks in the armor that could cause the entire 2022 campaign to come crumbling down.

This time around, a different weakness concerns me the most rather than the usual suspects of the offensive line, the secondary, or the pass rush. Rather, the shocking lack of depth at tight end should have all Vikings fans nervous. One would think that, with Irv Smith eying a bounce back after missing the entire 2021 campaign with a torn meniscus, the team would have put some options around him to ease his way back in.

Instead, they let Tyler Conklin walk in free agency, and the remainder of the room looks just as underwhelming as it did in 2021. The only major addition made, if you can even call it that, was signing Johnny Mundt, who hopped on the bus from LA to MN along with head coach Kevin O’Connell and offensive coordinator Wes Phillips. He has 10 career receptions throughout five NFL seasons.

The other three tight ends currently on the roster, Zach Davidson, Ben Ellefson, and Zach Muse, have fewer combined NFL receptions and receiving yards than Garrett Bradbury. The Vikings are clearly relying on Smith to give them receiving production in 2022, while the others focus on run-blocking.

Of course, taking pressure off Smith on blocking downs is great for him as he reincorporates himself into the Vikings offense. It allows him to focus on his strengths rather than overextending himself into unfamiliar roles.

That said, what if the injury gods are unkind to Smith for a second consecutive year? It’s certainly possible. We saw it happen to Danielle Hunter less than halfway into the 2021 season. The only difference is that the Vikings were prepared for that as they stockpiled pass rushers over the offseason. They were prepared for a Smith injury in 2021, too, with Tyler Conklin waiting in the wings.

Contrarily, if Smith were to go down in 2022, it could create a black hole in the Vikings offense. None of the other options have proven they can handle 10 targets in a season, let alone the 87 passes that Conklin saw thrown his way last year.

If this were to happen, the aforementioned Mundt would be the player that presumably jumps into the TE1 role, and clearly, both O’Connell and Phillips see something in the 27-year-old if they wanted to bring him aboard. I remain skeptical of his capabilities as a pass-catcher, though.

If you thought Chris Herndon was ineffective last year (you should), imagine that being a player’s best receiving season and then tossing him into the role of pass-catching TE. That is essentially what happens with Mundt if Smith misses time.

Smith’s health is vital, not only for the Vikings ability to compete in 2022 but also for his future. Like Conklin in 2021, this is the 23-year-old’s contract year before hitting free agency for the first time. If he were to spend a significant amount of time on the sideline, it could prevent the Vikings from offering him a lucrative deal.

Needless to say, both parties need a healthy year from Smith in 2022, but if Minnesota were to make one final move in free agency, I would certainly welcome another pass-catcher at tight end. 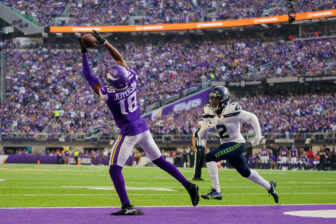 Also Read:
Which Records Can Justin Jefferson Break in 2022?