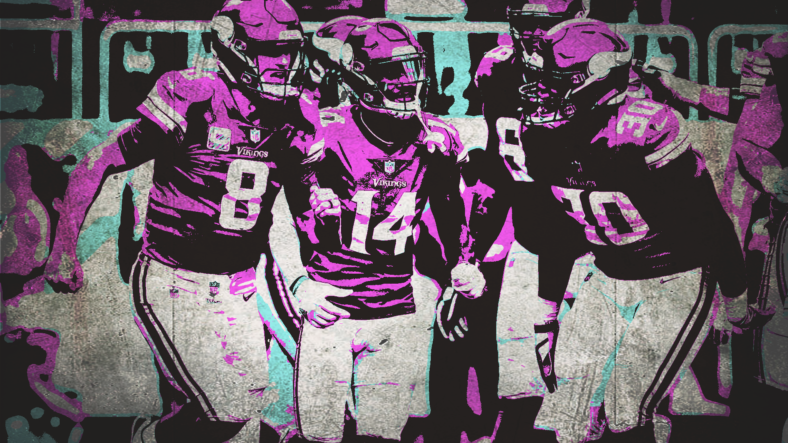 Annually, the Minnesota Vikings are “up against it” for salary cap dealings. The 2022 offseason is no different.

As a result, at least one longtime Viking is sent packing around this time of year, hitting free agency [usually] for the first time in his career. That, too, is on the docket for this spring.

Two new leaders seized the franchise in the last month, general manager Kwesi Adofo-Mensah and head coach Kevin O’Connell. The team will be different, and cap casualties are correspondingly on the way.

These are the potential cap casualties that may surprise you. And, of note, Anthony Barr was not included because it will not necessarily be surprising if Barr tests free agency.

Michael Pierce has missed 76% of all Vikings games since signing with the franchise in 2020. He was the splashy free-agent addition that offseason, replacing the exiting Linval Joseph, who landed with the Los Angeles Chargers.

When Pierce is on the field, he is a terrific Vikings interior defender — in a 4-3 Mike Zimmer defense. But Zimmer is no longer the head coach, and the new Vikings coach all but confirmed Minnesota will utilize a hybrid 3-4 defense in 2022.

Minnesota has men like Dalvin Tomlinson and Armon Watts for this scheme. And Pierce’s cap hit in 2022 is just over $10 million. Adofo-Mensah must find areas on the roster for cuts, so Pierce makes sense to venture elsewhere.

If Zimmer stayed in place or the team still fancied a 4-3 defense, retaining Piece would be sensible. Alas, none of that is on tap for 2022. Pierce could reasonably be finished with the Vikings, pivoting to starting jobs for men like Tomlinson and Watts.

The Vikings will incur a $4 million deap cap hit if they release Pierce and save around $6 million.

Pictured above, Bradbury had a lovely catch at Lambeau Field in 2021. That was his poshest career highlight to date.

In fairness to Bradbury, the guard play sandwiching him since he entered the NFL has been awful. Regardless, his pass-protecting performance isn’t desirable. And if the Vikings keep Kirk Cousins on the roster, the new regime must finally outfit an offensive line that will protect the pocket-passing Cousins.

Bradbury doesn’t do that well.

The tricky part here is Bradbury is still affordable on his rookie contract — and he’s a 1st-Round draft pick who should, in theory, eventually mature in a starting-caliber center. Yet, he’s struggled too much to possess an iron clasp on the 2022 starting center job.

If O’Connell wants to improve via pass protection in the middle of his offensive line, Bradbury has to leave. The Vikings will endure a $4 million dead cap hit. But it might be worth it to, once and for all, keep Cousins upright. Addition by subtraction.

Ham is a spectacular football player. Plain and simple. However, there is a problem — a big one.

The Rams 2021 offense didn’t use a fullback. Ham plays fullback. You get it.

In O’Connell’s introductory press conference last week — it went marvelously — he confirmed the Vikings will play a Rams-style offense. Because — why wouldn’t they? Los Angeles won a Super Bowl with it, and O’Connell and Sean McVay concocted the thing.

Cutting Ham will only save about $2 million in 2022, but the upcoming offense simply may not need him. It’s a different scheme. There is a possibility for O’Connell to “find a way” to use Ham, but if history is a reasonable indicator, an O’Connell offense isn’t fullback-needy.

Ham might be the Kyle Rudolph-like cut this offseason.