So, What’s Normal for the Minnesota Vikings? 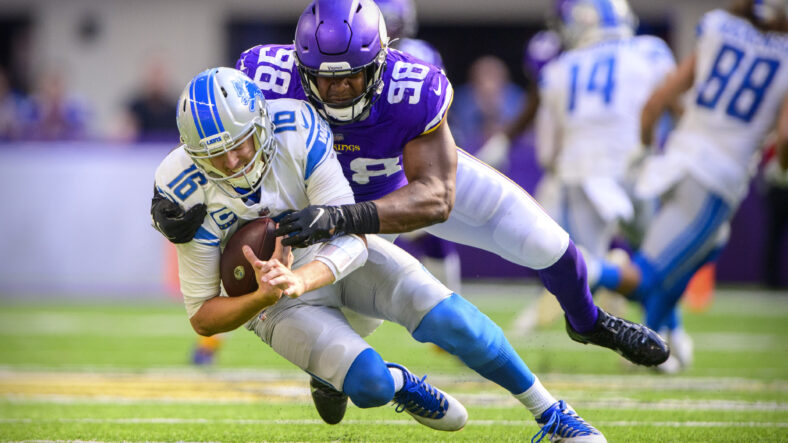 So far, we’ve seen three different versions of the Minnesota Vikings, making it difficult to know what this team’s normal is.

In Week 1, Vikings fans saw a full team effort. The offense was explosive, led by Justin Jefferson (their sensational third-year WR). Meanwhile, the defense made life difficult for Aaron Rodgers from start to finish. In Week 2, the team struggled. Jefferson had an off day, but so did many of his teammates. The defense had no answer for Jalen Hurts and the Philly offense. In Week 3, we got a mixed bag (but, most importantly, got the win). There were positives and negatives sprinkled throughout all three phases of the game.

I, for one, am thankful that we saw more Adam Thielen and K.J. Osborn.

After 3 games, we can ask: what is the normal for the 2022 Minnesota Vikings? While we can ask the question, we may have a difficult time coming up with an answer.

Even the special teams offered some confusion yesterday. Greg Joseph – who has been playing exceptionally well through the offseason and then into the regular season – missed a pair of field goals (albeit from 50+). As a result, we’ve seen some highs and lows for the offense, defense, and special teams.

Thankfully, the season is far from over. In fact, the majority is still out ahead of Kevin O’Connell’s team.

The Saints are on deck and the game will be played in London. At 1-2, they’ll be desperate to get back on track. Like many others, I’ll be fascinated to see how Ed Donatell can slow down Alvin Kamara, Michael Thomas, Chris Olave, and the rest of the offense’s skill.

Leading into the New Orleans game, many of us will be asking some critical questions:

From what I can gather, being an NFL head coach comes with some challenges. O’Connell still has room to grow, but we should be encouraged that this team is at 2-1. It’s a record that feels far better than 1-2, especially given the struggles in 2020 and 2021.

O’Connell still has much to accomplish. One thing we’ll try to determine before the team’s Week 7 bye is what a normal game is for the Minnesota Vikings. An explosive, unpredictable offense, a defense that consistently generates pressure, and a crisp special teams is plausible. The talent is there for all of this to occur; the coaches and players need to bring it to fruition.

At this stage, the Vikings are a bit of a mystery. The coming weeks ought to provide clarity on what this team can accomplish in 2022.