Rick Spielman, Now a Tik Toker, Is Giddy about a Draft Prospect 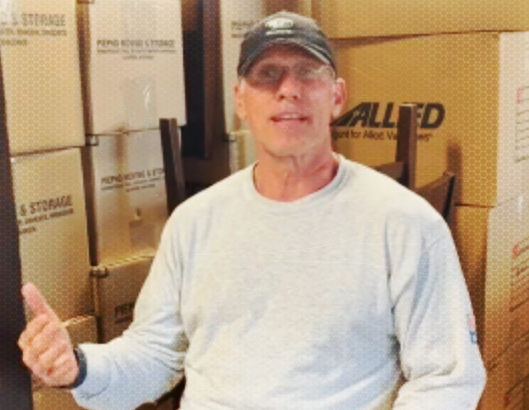 That’s Malik Willis, and this isn’t the first time Spielman has served up enthusiasm about the Liberty quarterback.

Spielman was a part of the Vikings front office for 16 years, entering the organization’s leadership fold in 2006 at the dawn of the Brad Childress era. He was “in the room” for the draft selections of Adrian Peterson, Percy Harvin, Harrison Smith, Danielle Hunter, Stefon Diggs, Dalvin Cook, Justin Jefferson, and other notable others. Spielman was also accountable for dubious choices like Christian Ponder and Laquon Treadwell. So it goes for an NFL general manager.

The Vikings changed foundational course this offseason, though, moving on from Spielman and his copilot, Mike Zimmer. Minnesota hired Kwesi Adofo-Mensah as Spielman’s successor and Kevin O’Connell to replace Zimmer.

In April, Spielman said about Willis, a quarterback theorized by most as a 1st-Round pick in next week’s draft:

“Just watching the tape, and watching some of these guys play live, they all have their positives, but they may be getting a few more holes poked in them than previous classes. As people go through the pro days, and get all their testing back in place, their psychological testing, their cognitive learning, all that stuff, they get all those answers this time of year, some of the analytics start to come into play, and some of them may pop a little bit more than the media will see.”

Then, in the Tik Tok video — an apparently new form of media delivery for Spielman — the former Vikings bossman told a story about Willis mixing it up with opposing fans who classified the quarterback as “overrated.” To Spielman, that showed the necessary “chip on the shoulder” for a young quarterback.

Of course, Spielman enjoying Willis’ draft promise is a moot point now for the Vikings. But it does reek of “what could have been” if he’s enamored with a quarterback from this otherwise underwhelming draft class. Perhaps it wasn’t a no-brainer for Spielman to re-up with Kirk Cousins had he remained in charge. Adofo-Mensah, on the other hand, did sign up for more Cousins, extending the signal-caller through the end of the 2023 season.

After Spielman’s January 10th termination, he was linked to employment opportunities with the Jacksonville Jaguars and Pittsburgh Steelers. The Jaguars gig felt like an imminent marriage but did not pan out. Spielman also interviewed for Pittsburgh’s still-vacant GM job, yet no movement has occurred on that front.

The NFL Draft takes place on April 28th in Las Vegas. Willis could go off the board anywhere from the 2nd to the 32nd pick. An unpredictable draft, indeed.

Finally, it is unclear why Spielman was surrounded by boxes.