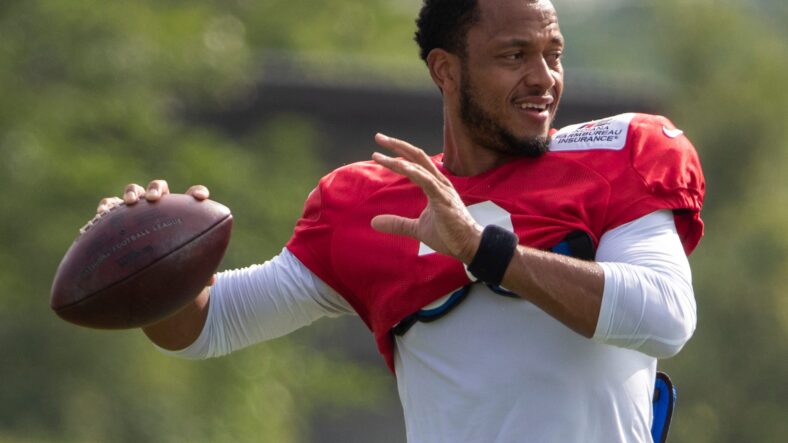 Brett Hundley will not become the QB2 or QB3 for the Minnesota Vikings after all.

The Vikings worked out Hundley two weeks ago, but the former Green Bay Packer left Eagan without a contract. He didn’t stay unemployed for long, though, agreeing to terms with the Baltimore Ravens on Thursday.

In 2021, Hundley was a backup quarterback for the Indianapolis Colts, situated behind then-starter Carson Wentz. The Colts aborted all semblance of QB continuity this offseason, sending Wentz to the Washington Commanders and acquiring Matt Ryan via trade from the Atlanta Falcons.

With Baltimore, Hundley will vie for a QB2 or QB3 job. Lamar Jackson, who encountered a down year in 2021, is the QB1. Hundley will battle Tyler Huntley (good luck, Ravens journalists verbally distinguishing Hundley and Huntley) and rookie Anthony Brown for a spot on the Ravens 53-man roster.

Hundley was selected in the 5th Round of the 2015 NFL Draft — the pick after the Vikings drafted Stefon Diggs. He began his career with the Green Bay Packers, primarily as the QB2 to Aaron Rodgers. Following the 2017 season, Hundley became a journeyman, landing with the Seattle Seahawks in 2018, Arizona Cardinals in 2019 and 2020, and the Colts last season.

In seven seasons, Hundley has played in 18 games, starting nine of them — all with Green Bay in 2017 when Aaron Rodgers was injured. Green Bay was 3-6 (.333) with Hundley at the helm. Hundley owns a 9-TD to 13-INT split in his career.

The Vikings passed on Hundley as the franchise is evidently content with its QB foursome of Kirk Cousins, Kellen Mond, Sean Mannion, and Nate Stanley. Cousins is the sure-fire QB1 in 2022, but Mond and Mannion figure to duel this summer for the QB job.

Hundley has a history of backing up some of the NFL’s top quarterbacks — from Aaron Rodgers, Russell Wilson, Kyler Murray — to [now] Lamar Jackson.