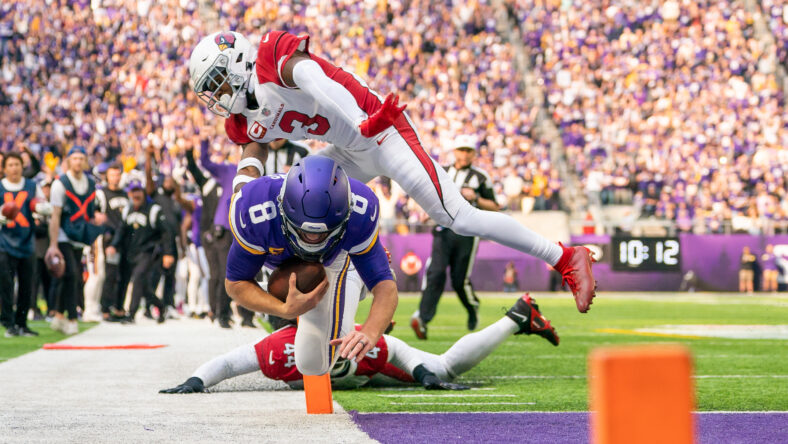 1 – Fire up the contingency plans because the Vikings will probably be without TE Irv Smith for at least a couple of weeks.

2 – The Vikings were perfect in Kirktober, tallying a 4-0 record for those who celebrate.

4 – In the daily video segment, Dustin Baker reacts to the Vikings win over the Cardinals.

5 – A couple of Vikings made purple debuts on Sunday.