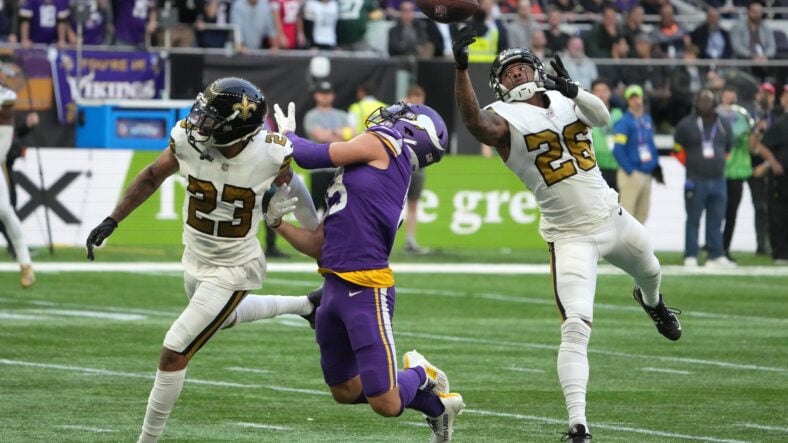 2 – PPTSD also dishes out four positive takeaways for the Vikings after the win in London and 3-1 record through four games.

3 – If you dabble into the Minnesota Golden Gophers, you’re covered here. It ain’t over for P.J. Fleck’s team.

5 – Take a look inside PurplePTSD‘s daily mailbag with questions answered.

The Vikings knocked off the New Orleans Saints in Week 4, 28-25, thanks to special teams heroism and a terrific game-winning drive from quarterback Kirk Cousins. Greg Joseph saved the day with five field goals, although he curiously missed one crucial extra point.

The Vikings are early seven-point home favorites against the rival Chicago Bears, who lost in Week 4 at the New York Giants, 20-12. The Green Bay Packers also won on Sunday, beating the New England Patriots, but the Vikings stay on top of the NFC North thanks to tiebreakers. Minnesota is the NFC’s No. 2 seed as of October 4th.