PurplePTSD: Kirktober, a Test from Andy Dalton, Nowhere to Be Cine 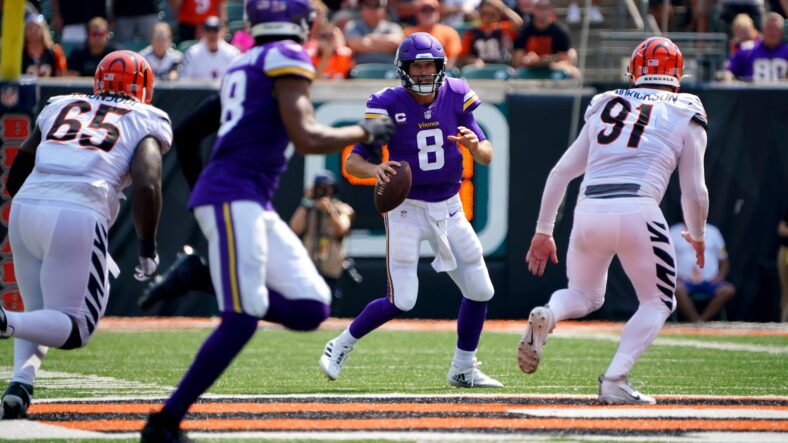 1 – Josh Frey announces the arrival of Kirktober — and what Kirktober is in the first place.

2 – The Vikings defense — a unit that has not been gangbusters through three games — deals with a new hurdle. And that’s a backup quarterback.

3 – The Vikings 1st-Round rookie has only played special defense so far in 2022, and PPTSD breaks it down.

5 – Finally, here are some overlooked items to monitor during Saints-Vikings.

The Vikings travel to London for a date with the Saints on Sunday. The Saints notoriously toppled the Vikings in the 2009 NFC Championship game, and the franchises haven’t liked each other since. Thankfully for Minnesota’s sake, vengeance was exacted in 2017 and 2019, as the Vikings jettisoned the Saints from the postseason, and New Orleans had lofty Super Bowl aspirations in both seasons.

The Saints are 3.5-point underdogs against the Vikings after losing to the Carolina Panthers in Week 3, 22-14.