Our Staff Prediction for Vikings at Saints 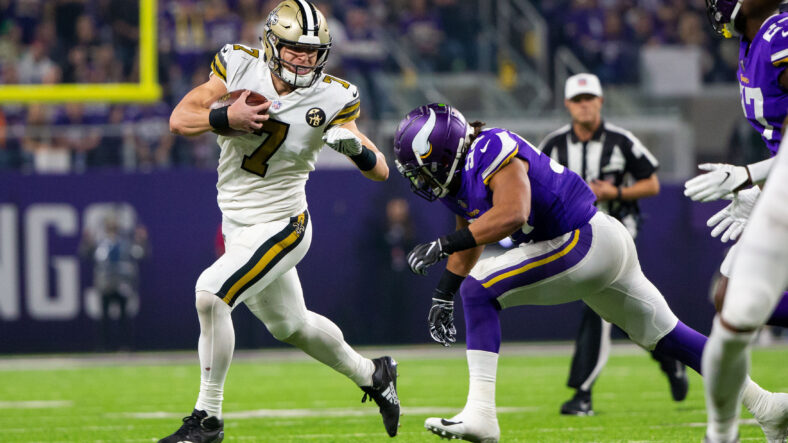 The VikingsTerritory collective staff prediction for the Minnesota Vikings date with the New Orleans Saints is ready.

The Vikings can hit a 3-1 record for the first time since 2012, although the team was 4-0 after four weeks in 2016. New Orleans is 13-23 all-time versus Minnesota, scoring the major victory in the 2009 NFC Championship and kickstarting a mini-rivalry since. The Vikings have beaten the Saints in the playoffs twice, in 2017 and 2019, following the 2009 title game.

The writers at VikingsTerritory predict the Vikings will win their third game of 2022.

All of our contributors picked Minnesota over New Orleans, evidently not fazed by the Saints defense, offensive playmakers, or need for a win to remain relevant in the playoff hunt.

Here’s how the panel sees the score for Week 4:

Mathematically en masse, we predict the Vikings top the Saints by a score of 25-17.

Cole Smith most accurately predicted the score of the last game as he chose the Vikings to win by 4. And the Vikings won by precisely that much.

The Vikings are currently 2.5-point favorites to defeat the Saints in England on Sunday. New Orleans slaughtered Minnesota the last time that the two teams met — on Christmas Day 2020. The Saints tabulated 7 rushing touchdowns, and most teams win when that happens.