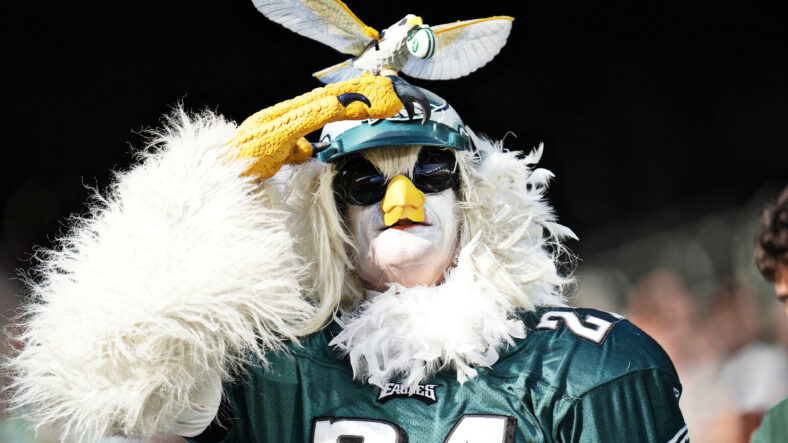 A Philadelphia Eagles fan in the first half at MetLife Stadium. © Danielle Parhizkaran/NorthJersey.com / USA TODAY NETWORK.

1 – Linval Joseph did the unthinkable, joining the Eagles on Wednesday.

3 – Justin Jefferson was duly recognized for his Week 10 performance.

4 – In the daily video segment, Dustin Baker and Josh Frey chat about the state of the Vikings through nine games.

The Vikings are one-point road underdogs at home against the Dallas Cowboys in Week 11, a team that lost to Green Bay Packers on Sunday. Dallas hopes to keep pace with the Philadelphia Eagles (8-1) and upstart New York Giants (7-2) in the NFC East.