Purple Rumor Mill: Sam Howell as the QB, Vikings in London, Trading Up Instead of Down 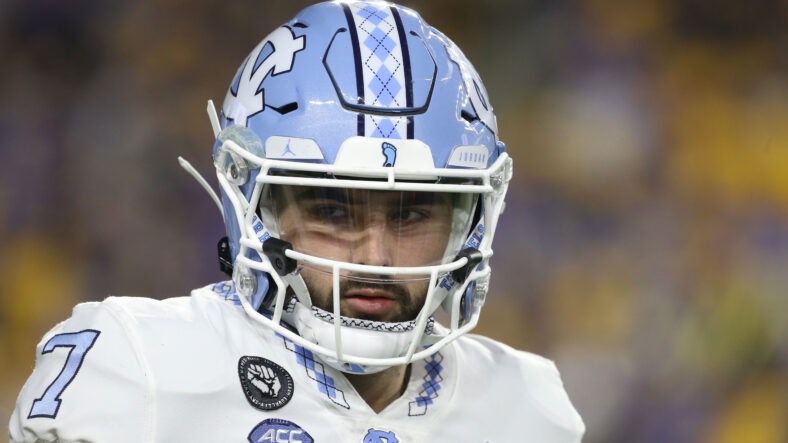 VikingsTerritory‘s Purple Rumor Mill is a two-day chronicle each week. All the week’s rumors are lassoed and plopped in two spots — articles on Saturday and Sunday — for review. Today is the April 24th edition.

Rumor: The Vikings are interested in Sam Howell as a 1st-Round pick.

This is false. The idea was borne from Twitter accounts committed to parody and nonsense.

Theoretically, Minnesota could draft Howell in Rounds 2 or 3 — hedging bets at quarterback for the future — but even that is unlikely. Howell has a wonderful arm and could become a marvelous quarterback somewhere.

But this is all basically Kellen-Mond-in-March-2021 chatter about Howell eventually being any good. Maybe he will blossom, maybe he won’t.

The Vikings won’t choose him in Round 1.

Rumor: The Vikings will play a game in London this season.

This rumor has credibility. The Vikings would play the New Orleans Saints in England, according to the rumor.

Minnesota hasn’t played in London for five years, and the franchise is generally receptive to the invitation.

We’ll know on May 4th if this one is true. The chatter on this was substantiated by a columnist in New Orleans, Jeff Duncan.

Rumor: Kwesi Adofo-Mensah might actually trade up — not down.

Well, anything can happen with a new general manager, but we’d be flabbergasted if Kwesi Adofo-Mensah trades up.

Trading up for a non-quarterback is usually considered silly, and for an analytics-based brain like Adofo-Mensah’s, trading back seems more sensical. There’s more value in trading down. Adofo-Mensah endorses value about once a week when he speaks to reporters.

We don’t see a trade-up. A trade down? Sure.

The rumor about trading up has been hinted at by KFAN‘s Paul Allen.