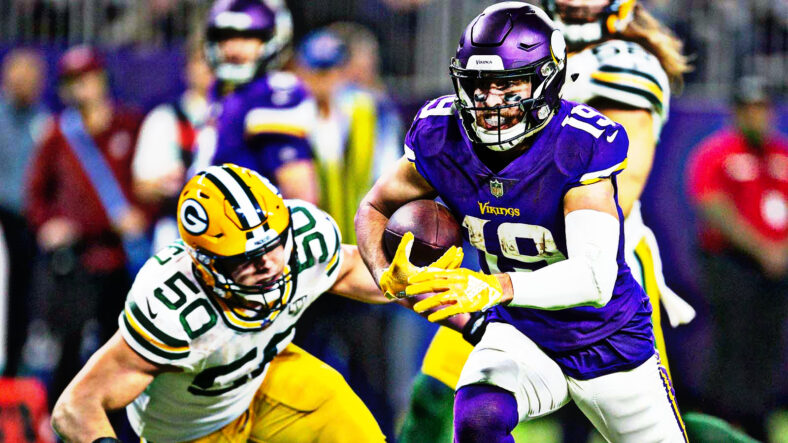 VikingsTerritory‘s Purple Rumor Mill is a two-day chronicle each week. All the week’s rumors are lassoed and plopped in two spots — articles on Saturday and Sunday — for review. Today is the April 30th edition.

Rumor: The Vikings were nuts to trade the pick landing Christian Watson in Green Bay.

If you have a crystal ball illuminating Watson as a Pro Bowler in years to come, yes, the Vikings were nuts to hand Green Bay the 34th pick for Watson.

That is the only beef with the trade — because the Vikings “won” based on calculator value.

It’s incredibly delicate to do business with division foes, chiefly because the seller — the Vikings in this case — must contain the drafted asset twice per year. The burden of proof lies with the Vikings.

Ultimately, Kwesi Adofo-Mensah received the most value from the Packers, and he pulled the trigger. It took a lot of, well, oomph to do it.

Rumor: The Vikings are draft winners through three rounds of the event.

Declaring draft winners — at all — until years down the road is dumb. All one can do is applaud the glitz of names and draft forecasts to arrive at draft “winners and losers.”

Rumor: Minnesota wanted Malik Willis at some point during the draft process.

This rumor came from Ian Rapaport, it appears.

Well, if the Vikings wanted Willis, Adofo-Mensah — and about 30 other general managers — had oodles of chances to make the call.

Should the Kirk Cousins and Kevin O’Connell experiment fall flat in 2022, Minnesota will examine the 2023 NFL Draft for the next quarterback. Willis did not excite them.

But it was fun to speculate for 24 hours.