With Malik Willis on the Board, Vikings Trade Down with Packers 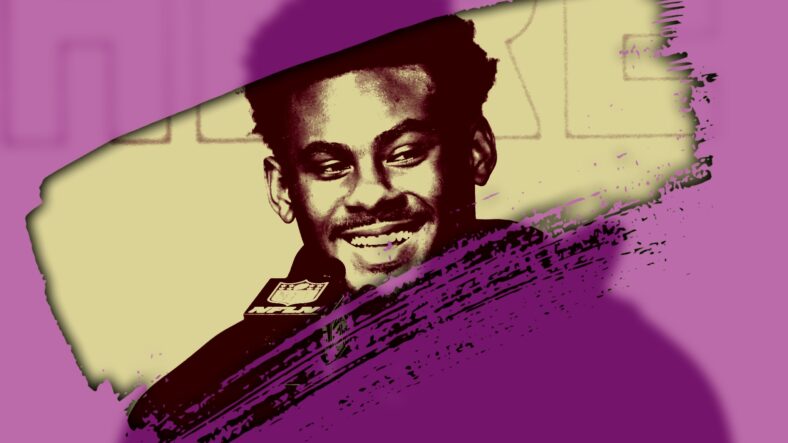 The Minnesota Vikings had all day to ponder the 34th pick and ultimately traded it to the Green Bay Packers.

In return, general manager Kwesi Adofo-Mensah received the 53rd and 59th picks from the Packers.

Minnesota now has four picks on Friday night, the second night of the 2022 NFL Draft, which hosts Rounds 2 and 3 of the draft.

This is the first time the Vikings and Packers have traded since 2008.

The Packers selected wide receiver Christian Watson from NDSU with the 34th pick.

The team’s positional needs include cornerback, linebacker, tight end, and interior offensive line. For the first month of the draft process, Minnesota was linked to cornerback Ahmad Garnder, but his stock rose too high, and he was ultimately chosen on Thursday by the New York Jets. Then, after Gardner for draft hype, the Vikings allegedly coveted another corner, Derek Stingley Jr., but he was selected third overall by the Houston Texans.

Interestingly, the organization passed on Malik Willis, a quarterback who mysteriously fell out of the 1st Round. Willis was theorized by many draft pundits as a 1st-Round pick, even landing in the Top 10 via some mock drafts.

The Vikings also passed on Kyle Hamilton, a highly-touted safety from Notre Dame, on Thursday night.

Instead, the Vikings selected safety Lewis Cine from Georgia after a controversial trade with the Detroit Lions. Adofo-Mensah traded the 12th and 46th overall picks to Detroit for the 32nd, 34th, and 66th picks.