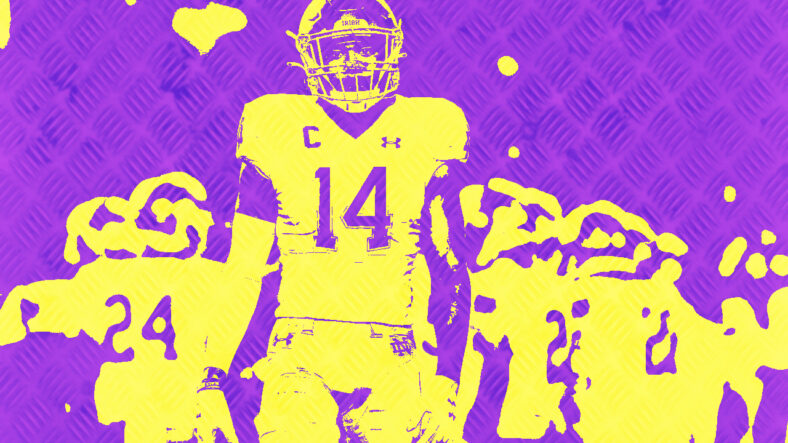 VikingsTerritory‘s Purple Rumor Mill is a two-day chronicle each week. All the week’s rumors are lassoed and plopped in two spots — articles on Saturday and Sunday — for review. Today is the April 17th edition.

Rumor: Kyle Hamilton will fall to the Vikings on draft night

This is a classic “what if the best player in the draft falls” rumor. He won’t tumble that far.

Hamilton to simply too good to be passed up 11 times. If that happens, the Vikings should proverbially “sprint to the podium” for his services. Vikings, safeties in the 1st Round, and Notre Dame have a fabulous mixture.

Rumor: Kwesi Adofo-Mensah will trade back with Jerry Jones and the Cowboys

This rumor isn’t crazy. In the grand scheme of things, it’s unlikely to occur, but stranger things have happened.

Jerry Jones said recently he’d like to trade up in the draft. Well, the Vikings have the #12 pick. Boom.

We don’t know what or who specifically Jones would want with the 12th pick, but Kwesi Adofo-Mensah should open his ears if the phone rings from Jerry World.

You know how, on Thanksgiving, you top pumpkin pie with whipped cream?

Cook is the whipped cream in a Ramsian O’Connell offense. In Zimmer’s offense, Cook was the pie.

The Vikings will finish out Cook’s prime and then restart the clock with a rookie halfback, in our opinion.