PFF Describes Vikings 2022 Weakness, and It’s Like a Twilight Zone. 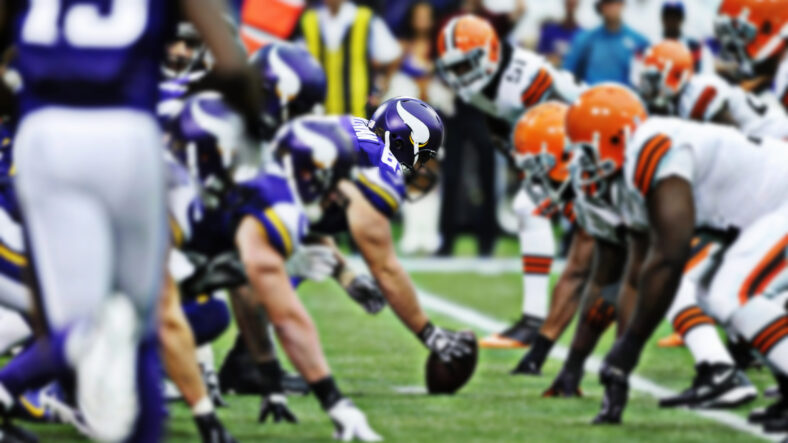 It’s that time again — time for the annual tradition of Minnesota Vikings fans feeling butterflies in their stomachs about the team’s offensive line.

Specifically, this time, the anxiety is rooted in the interior section of the trenches, as Minnesota has drafted adeptly at offensive tackle since 2018, outfitting the offensive line with Brian O’Neill and Christian Darrisaw. Still, the center and right guard remain suspect as Garrett Bradbury and “somebody” are tasked with finally fixing the right interior of the line.

And in accordance with the annual OL fear, Pro Football Focus nominated each NFL team’s strengths and weaknesses this week. Unsurprisingly, the Vikings “interior offensive line” was fingered as the franchise’s weak spot, which feels like a song on loop.

First, the good. PFF defined the Vikings WR corps as the strongest unit, peppered with talent from Justin Jefferson and Adam Thielen to the upstart K.J. Osborn. Sam Monson of PFF wrote, “Justin Jefferson may already be the game’s best receiver and now expects to be featured in an offense that is far less run-focused than his first two years in the league. {…} Adam Thielen is one of the best receivers in the league against press coverage thanks to his releases off the line and route running. K.J. Osborn quietly emerged as a nice third receiver for this offense last year.”

That’s fabulous, and Minnesota’s full offensive potential should be unlocked by first-year skipper Kevin O’Connell. However, the offensive line woes are still in flux. Perhaps O’Connell’s staff can repair the pass-protecting abilities of the interior offensive line like Mike Zimmer and friends could not.

Monson explained the weakness of the Vikings interior offensive line, “Minnesota’s offensive line has had a lot of work and the tackles now look to be in a good place, but the interior still looks like a weakness on paper.”

And for right guard, the mystery looms, “Right guard has been a revolving door in recent seasons and is still there to be won by anybody showing quality play,” Monson opined.

There is a difference between this offseason, led by general manager Kwesi Adofo-Mensah, and previous versions, though. The Vikings front office isn’t relying on a Dakota Dozier-type or a singular [bad] method as a solution. Adofo-Mensah signed or drafted three men, including Jesse Davis (Dolphins), Chris Reed (Colts), and Ed Ingram (rookie, LSU). Three possibilities are better than the Dozier-Samia sandwich action plan from 2020.

Too, if Bradbury isn’t “unlocked” by a new coaching staff, the Vikings could reasonably audition Davis, Reed, or Ingram at center. While Davis would be classified as a longshot to play center — he was a tackle for the Dolphins — Reed and Ingram have experience at center.

Overall, the plan is there for Minnesota to finally showcase average or good pass protection in the middle of the line. Yet, for Vikings fans, because this tale has spanned four years — inconveniently aligned with the arrival of quarterback Kirk Cousins — it’s “believe it when you see it” on the offensive line actually producing at a respectable level.

That’s probably why PFF made its yearly “weakness” announcement about the Vikings OL.