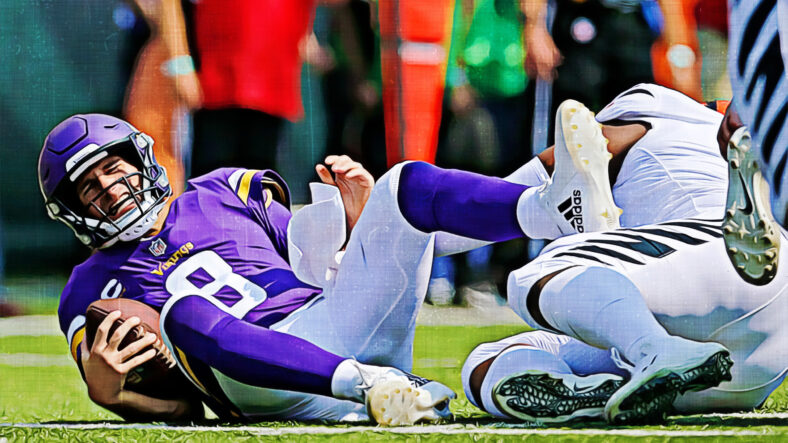 The Minnesota Vikings gained some offseason momentum per pundits’ forecasts in the last two weeks, but NBC Sports‘ Peter King brought that propulsion back to earth on Monday.

King released his first batch of 2022 power rankings, and the Vikings are the league’s 19th-best team, in his estimation.

Immediately after the draft, various media entities released power rankings like King’s, and the needle hadn’t been moved too much in the court of public opinion for Minnesota. This is how the Vikings fared via power rankings in early May:

But in the last couple of weeks, others chirped that perhaps the Vikings 2022 stock was undervalued. CBS Sports’ Jason La Canfora picked Minnesota to win the NFC North, a first-of-its-kind prediction. ESPN’s Football Power Ranking index, by the numbers, nominated the Vikings as the league’s 13th-best team. Packers enthusiast and NFL.com analyst Cynthia Frelund called Minnesota’s offense a Top 10 group. Kevin Seifert from ESPN predicted the Vikings would make the 2022 postseason tournament. And Dan Orlovsky laid out his case on Twitter of how the Vikings will reach the playoffs.

King, though, agrees more with the media giants, as 19th is closer to 21st and 22nd. Although, King wasn’t very pessimistic about the Vikings in his brief write-up, stating, “There’s some fresh air over the Vikings with the firing of Mike Zimmer. Lots of players found him too negative at the end of his reign. Despite having above-average talent over the past four years, including quarterback Kirk Cousins, the Vikings have been just 33-31-1 in the regular season since Cousins arrived in 2018—and they’ve averaged finishing 19th in the league in team defense over those four seasons.”

Indeed, the Vikings quick acclimation to a 3-4 defense [for only the second time in franchise history] will be crucial. During Mike Zimmer’s first six seasons, Minnesota ranked second in the NFL per points allowed (19.2 per game), trailing only the New England Patriots. Yet, in Zimmer’s final two campaigns, the points-per-game-allowed ballooned to 27.3 — or sixth-worst in the NFL.

All the while, some onlookers of the Vikings criticized the team’s offense for not doing enough to achieve a winning record. In reality, some semblance of a “normal” Zimmer defense — that didn’t collapse in key moments of games — probably would’ve whisked the franchise to the postseason in 2020 and 2021.

Until regular season games begin in September, the Vikings will float in a “this team scream mediocrity” status, sometimes broaching “dark horse” mentions from NFL experts.

That’s life for a team employing Kirk Cousins, whose teams are 59-59-2 with him at the helm. Cousins needs some Matthew Stafford voodoo. His Lions were 74-90-1 (.451) while he was in charge, but he changed the conversation when winning a Super Bowl with the Los Angeles Rams in February — a team that employed Kevin O’Connell.