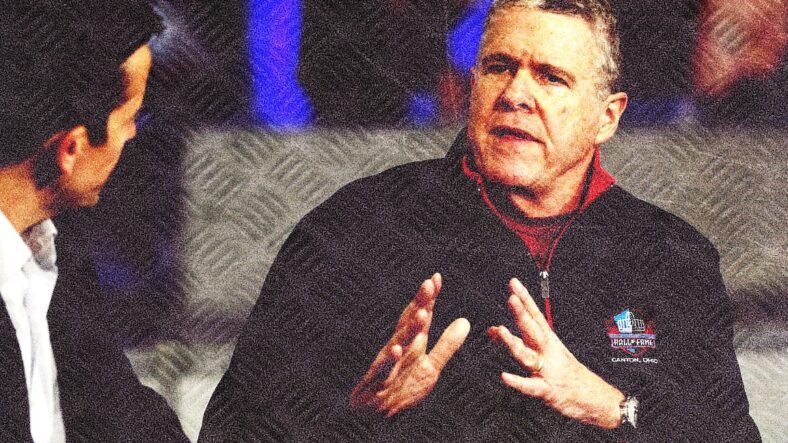 Over the last couple of months, the Minnesota Vikings are most commonly linked to Ahmad Gardner and Derek Stingley Jr. for NFL draft forecasts.

Well, the Vikings needed corners during the time, only holstering Cameron Dantzler on the roster as a startable cornerback. The anxiety over CBs dipped, though, amid the last two weeks as the Vikings signed Chandon Sullivan from the Green Bay Packers for the slot job and re-signed veteran Patrick Peterson.

If the regular season started tonight, Minnesota would showcase a decent batch of corners.

But the team should want to get better, as is the objective in the NFL draft.

And on Monday, Peter King of NBC Sports, a credible NFL voice, confirmed the Vikings interest in the aforementioned Stingley Jr. In his weekly Football Morning in America article, King reported:

“The Vikings are interested in Stingley too, and they might view a one-year Patrick Peterson mentorship (LSU ties) worthy of trying to trade up for him.”

On the mentorship program mentioned by King, Peterson even stated his desire for the Vikings to draft Stingley Jr. last week. Peterson, on his podcast All Things Covered, opined about Stingley Jr.:

“He reminds me a lot of myself when I was in school: just how agile he is at the line, how physical he is at the line of scrimmage, his press technique, how he’s able to locate the ball when he’s not looking at the quarterback. Those are some of the things that may seem little, but it goes a long way, and it’s a difference between intercepting the ball and a guy catching the ball on you. He’s a special one, man.“

So, to a degree, the stars are aligning here.

The only potential problem is that Stingley Jr. might be too coveted. Depending on the mock draft — and whether quarterbacks flood the 1st Round — some pundits foresee Stingley off the board before the Vikings 12th pick. Other editions slide the LSU alumnus all the way to #17 or so. If Stingley is gone before Minnesota’s pick, it can choose the best player available, trade back with a team like the Kansas City Chiefs, or select an EDGE defender, perhaps.

Additionally, the Vikings employ another man with ties to Stingley Jr., Daronte Jones, the current defensive backs coach in Minnesota.

Jones returned to the Vikings’ coaching staff this offseason. Previously, he worked as the DB coach for Mike Zimmer. In 2021, he was the defensive coordinator for LSU, the university where Stingley Jr. played. If anyone knows this year’s highly-ranked corner, it’s Jones.