No Homecoming for Justin Jefferson after All 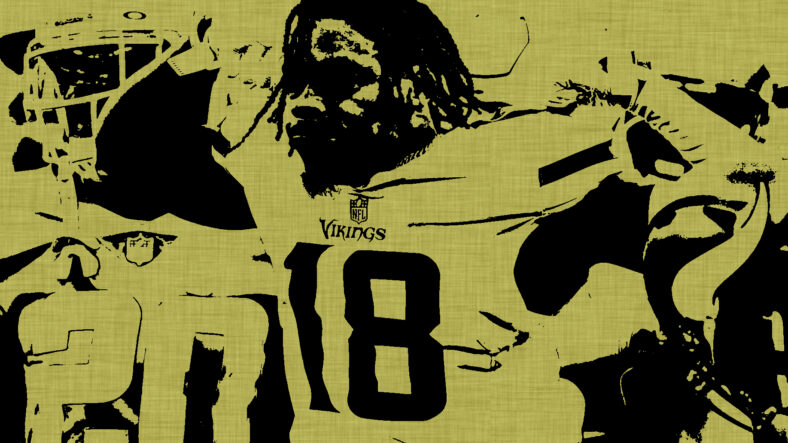 With the news of the Minnesota Vikings trekking to London in October for a game with the New Orleans Saints, wide receiver Justin Jefferson won’t get a 2022 homecoming.

The Vikings were scheduled to play an away game at New Orleans this fall or winter, but the NFL moved that contest across the sea to England for a Week 4 tryst.

And Jefferson immediately noticed, posting this to social media:

Jefferson was born in St. Rose, Louisiana, some 20 miles from Caesars Superdome. He also notably attended LSU, where the Tigers won a National Championship in January 2020.

Since then, Jefferson has tabulated more receiving yards than any human in history through two seasons of a career (3,016). And he evidently wanted to do more showing off in front of his hometown peers.

In 2020, Jefferson’s rookie campaign, the Vikings took on the Saints in New Orleans but were gralloched 52-33 in an embarrassing Christmas day showing. New Orleans tailback Alvin Kamara cleaved the Vikings run defense, scoring six touchdowns on the afternoon.

Jefferson wasn’t quiet that afternoon, though. He grabbed six passes for 85 yards, but the production was overshadowed by the shellacking.

He can get revenge this time — in London. The Vikings and Saints will play the fifth-ever NFL game at Tottenham Spur Stadium on October 2nd. Altogether, both squads have played four times in London. Neither the Vikings nor Saints have ever lost across the pond. Something’s gotta give.

Too, Jefferson isn’t the only Viking deprived of the homecoming. Cameron Dantzler, Parry Nickerson, and Irv Smith Jr. are also from Louisiana.

The complete NFL schedule drops on May 12.