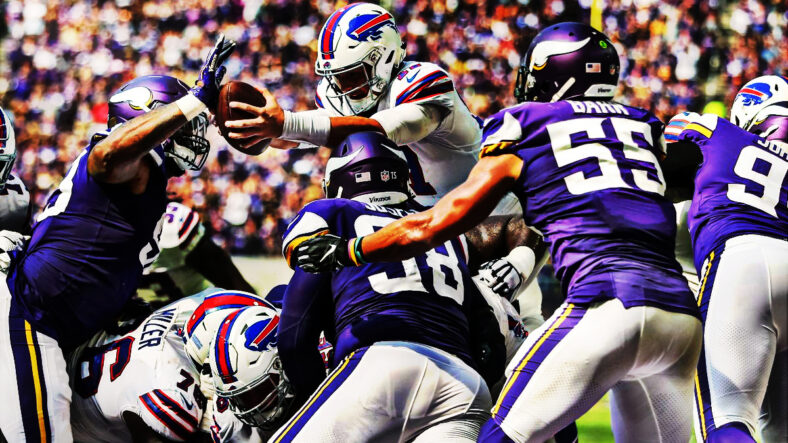 In this and my upcoming mock drafts, there will be a bit of theme. We will play out a few different scenarios of trade downs as well as no trades at all. There are six trade-down possibilities with teams looking to trade up for a wide receiver or quarterback.

In this first mock draft, we play out a scenario in which we traded with the Buffalo Bills. The Bills traded up with the Vikings to draft Jameson Williams at 12th overall. In exchange, the Vikings received picks 25 and 57 and a 2023 2nd-round pick.

The concept in trading down here is to pass on Derek Stingley Jr. and seek out Trent McDuffie or Andrew Booth Jr.

In this simulation, the Vikings walk away with an extra pick in the second round and another 2023 2nd-round pick. This is on top of Patrick Peterson’s heir apparent. Overall, Day 1 of the NFL Draft is an absolute win for the Vikings.

The Vikings walk into the second day of the draft with three picks in tote. They have their original picks of 46 and 77, along with the Bills’ pick number 57.

Overall, the second day here was a success. While I really would have liked to get an edge rusher, it was hard to pass up Cine sitting there at 46. With Cine, McDuffie, and Dantzler, the Vikings’ secondary looks like it could rock solid for years to come.

On day three of the draft, if the Vikings make no more trades will walk in with 5 draft picks. However, they will not have a single pick in round 4.

Overall, I am happy with this mock draft. The Vikings were able to address several needs this year and in future years. If this were to occur in real life, I would be happy with the result.