Mean Cine Gets the Sheen of Green 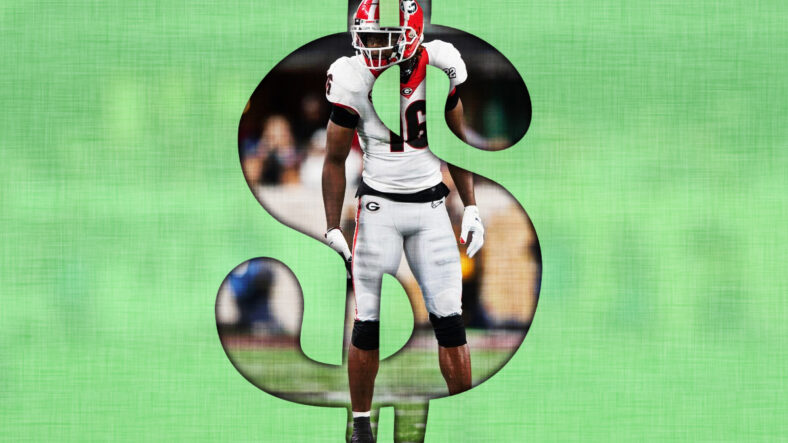 Minnesota Vikings safety Lewis Cine, the 1st-Round pick for the team in the 2022 NFL Draft, is a done deal. Cine signed his rookie contract on Wednesday, promising a four-year stint with the Vikings.

Fully-guaranteed rookie deals for 1st-Rounders are the “new wave” in the NFL, as the NFLPA has campaigned for the tendency as of late. For the last couple of seasons, the Top 24 or so picks in the draft have landed guaranteed cash — and Cine is no different, selected by Minnesota with the 32nd pick two weeks ago.

Cine will partner with Harrison Smith at the safety position, with cornerbacks Patrick Peterson, Cameron Dantzler, rookie Andrew Booth, and Chandon Sullivan to their sides. This week, former Carolina Panthers Luke Kuechly linebacker shockingly called the Vikings 2022 secondary “the best in the NFL.”

The Vikings also added beef up front on the defensive line this offseason, welcoming Za’Darius Smith, an EDGE rusher who defected from the Green Bay Packers, and Jordan Hicks, a linebacker from the Arizona Cardinals.

For a couple of months, because the Vikings made no free-agent moves at safety, Camryn Bynum was theorized as the starting free safety in 2022. But Cine changed that prediction with a podium announcement from Roger Goodell on April 28th.

By most pundits, Cine is considered Week 1-ready, and the only notable knock on his game is a propensity for violence. He’s a hard-hitter — the type of player who would’ve been revered for “jakked up” stuff 20 years ago. Now, though, the NFL regulates gruesome hits, so Lewis must be careful to avoid personal fouls.