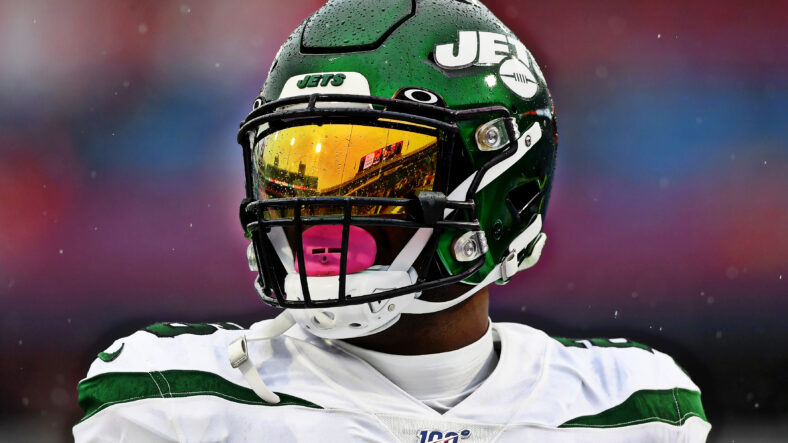 What’s billed as an ‘exhibition’ may turn into a career for free-agent running back Le’Veon Bell as the 30-year-old steps into the boxing ring with Adrian Peterson at the end of the month.

Via Pro Football Focus‘ Ari Meirov, Bell said this week about the fight, “This is not a one-off. This will be an introduction to everyone on what I’ve been doing.”

Peterson, 37, last played for the Seattle Seahawks in 2021 and is a free agent. It is unclear if Peterson plans to box more than once. He’s played in every NFL season since 2007.

Bell, though, appears set on boxing full-time. At 30 years old, the former Steeler, Jet, Chief, Raven, and Buccaneer is still young enough to play in the NFL but has experienced reduced playing time since the start of the 2020 season. He had a career-low 44 touches in 2021 in stints with Baltimore and Tampa Bay. At his apex, Bell touched the football 406 times — an All-Pro and Pro Bowl 2017 campaign with the Steelers.

Then, Bell held out and didn’t play in the 2018 season, citing a contractual dispute. While he resurfaced with the Jets in 2019, he wasn’t quite the same on the field thereafter.

Peterson was drafted by the Vikings in 2007, revitailzing the franchise for a decade. The team reached the NFC Championship with Brett Favre at quarterback in 2009 while Peterson ran roughshod in his third season. Peterson is the NFL’s fifth-leading rusher all-time and needs 352 yards to pass Hall of Famer Barry Sanders for fourth place. The ex-Viking is 3,437 yards away from the all-time rushing king, Emmitt Smith.

Other football players have tried boxing after football, too, including Lyle Alzado, Mark Gastineau, and Ed “Too Tall” Jones. Frank Gore, a peer of Peterson and Bell, also authored a successful boxing debut in May.

Former NBAer Nick Young will also fight at the “Social Gloves 2” event, taking on rapper Blueface. Access to the pay-per-view stream can be purchased here.

Bell and Peterson have combined for 27,235 yards from scrimmage and 177 touchdowns in their NFL careers.