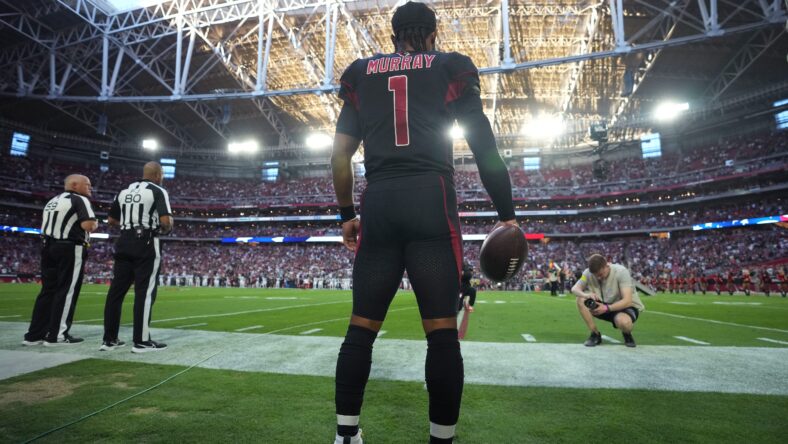 Kyler Murray has been delighted as one of the NFL’s best young quarterbacks since he entered the league in 2019. A former number-one pick and Heisman Trophy winner, he’s been touted as the next Russell Wilson and the best-ever high-school quarterback from Texas. Pundits cherish him for his electric style of play and upside.

Coming off a resounding 42-34 victory over New Orleans in Week 7, Murray’s Arizona Cardinals come to Minneapolis this weekend at a pivotal point in their season. Despite a rocky 3-4 start, they find themselves just one game out of first place behind upstart Seattle.

After the Cardinals battle the Vikings in Sunday’s early window, their divisional rivals face tough tests of their own later that afternoon: Seattle hosts another surprising NFC team, the New York Giants, while the 49ers-Rams rivalry wraps up for the season in Los Angeles. A sneaky difficult aspect of this game for Kyler and the Cards is the fact that they will be playing at 10am Phoenix time on Sunday. Don’t be surprised if they come out a little sluggish.

To add to the drama that this week presents for Arizona, their next three opponents are all intra-division games. The next four weeks could define their season. So, yes, Sunday at 12pm CDT at Minnesota is a big game for Arizona. And unfortunately for Cardinal fans, Kyler Murray hasn’t performed with the pressure cooker on.

Two key trends point to Murray’s lack of ability to come through in the clutch: standalone games and the second halves of each of the last two seasons.

Fairly or not, a quarterback’s value is often measured by his and his team’s performance in standalone games. It’s necessary to point out that such contests will naturally prove to be more difficult as the opponents are normally tougher and the stakes higher. But in order to be truly elite in this league, performing in such moments is somewhat of a requirement.

Through roughly three and a half years in the NFL, Murray’s teams are a paltry 3-7 in such games (primetime, playoffs, and a 2020 Christmas-Day game). Now, wins are not solely a quarterback stat, but Kyler’s performances certainly haven’t helped matters.

Although he hasn’t been decrepit in such games, he’s been nowhere near superb. His 64.2% completion percentage in these games would have ranked him 24th-best among quarterbacks for the 2021 season. An 83 passer rating and 11 TDs to 8 INTs are nothing to write home about either.

Murray’s lone playoff game to date couldn’t have gone much worse. In a 34-11 loss at the Rams in the 2021 Wild Card round, he managed only 137 passing yards and 6 rushing yards while throwing 2 interceptions. To make such a result more painful, the 2021 campaign may not have required a road-Wild-Card-round effort had the Cardinals not fallen apart down the stretch.

Melting down after hot starts has become Murray and Arizona’s calling card. After beginning 6-3 and 7-0 in 2020 and 2021 respectively, Arizona slumped to 8-8 and 11-6 finishes, missing the playoffs altogether in 2020 and being Wild Card exits in 2021.

After those hot starts, Murray played a collective 14 games (he missed 3 with injury in 2021), of which his squad has only won 4. His 65.7% completion rate, 87.9 passer rating, and 16 TDs to 9 INTs are substandard compared to his career and that of star QBs.

Given Ed Donatell’s historical struggles against mobile quarterbacks and Kyler’s sensational 2021 outing against this Vikings defense, we could very well see Murray have a big day on Sunday. DeAndre Hopkins’ second game back in the lineup will certainly help as well.

However, until further notice, the Oklahoma alumnus isn’t a big-game quarterback. His first chance to flip that script comes at 12 noon on Sunday in U.S. Bank Stadium.