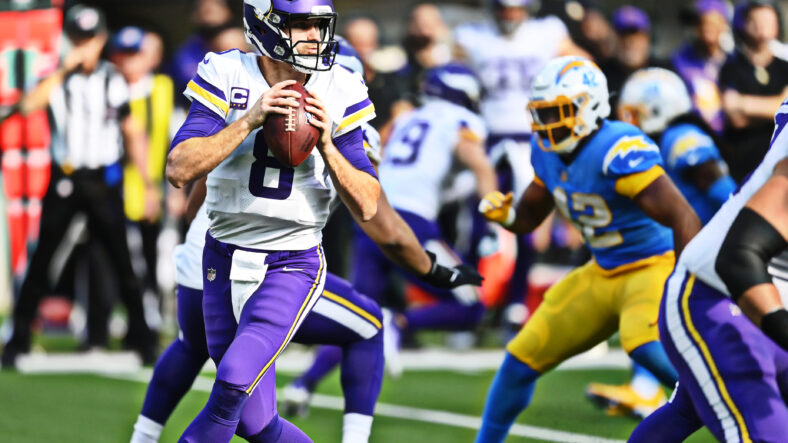 The Minnesota Vikings may not be on tap for four championships in the next eight years, but new head coach Kevin O’Connell plans to use some Golden State Warriors-like voodoo in 2022.

And one way to make the Vikings offense tick this September is to emulate the NBA, according to O’Connell, who joined the Purple Daily show this week. O’Connell mentioned the new wave of basketball and how it can apply to his new offense:

People talk about jump shooters in the NBA being catch-and-shoot guys. ‘Hey, let’s get Steph Curry some open 3s; catch and shoot, he’s going to knock down a high percentage of those.’ Quarterbacks, in my opinion, in the NFL, on those early downs that’s what we should try to do. We should try to create plays where they can be catch-and-shoot type shooters.

This tidbit of news should excite every Vikings fan as the comparison to Curry suggests Minnesota will throw the football more often early in drives. In 2021, with Zimmer and Klint Kubiak in charge, the Vikings passed 50.3% of the time, ranking 18th leaguewide in early-down pass attempts. The Los Angeles Rams, O’Connell’s previous employer, ranked fifth in the metric, tossing the football on 57.1% of early downs.

While “run-first” worked for the Vikings offense from 2014 to 2019 — the team had the league’s seventh-best win percentage inside Zimmer’s first six seasons — the tendency seemed to unravel Minnesota’s quest to “stay with times.” On certain drives over the last two seasons, the Vikings appeared to run the ball — just to run the ball. With O’Connell, that stubbornness figures to die.

O’Connell’s hint about the team’s 2022 plans mirrors musings from wideout Justin Jefferson, too. In June, Jefferson told NFL Network, “Our offensive style, it’s not a run-first offense anymore. Just us being able to put different people in different positions and distribute the ball. We’re just excited to start it up, really. We want to see how this season really turns out for us.”

The transformation to pass happiness is also noteworthy because of recent Vikings history. With Adrian Peterson or Dalvin Cook on the roster since 2007, Minnesota has declared run-first intentions arguably for 15 years running. The 2005 season marks the last time a Vikings team was unabashedly pass-first. Although, in 2009, Minnesota passed the ball frequently with Brett Favre at the helm.

During the Zimmer era, the Vikings ranked 28th in total pass attempts.