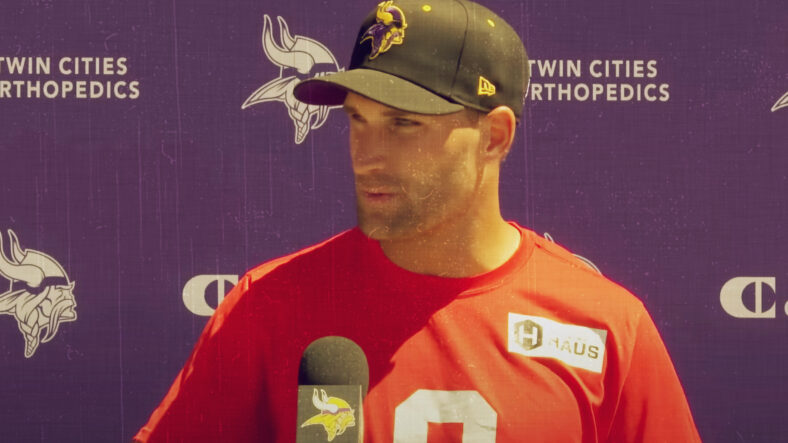 If Kellen Mond needed any type of motivation to take hold of the backup QB spot for the Minnesota Vikings, he’s gotten it. Head coach Kevin O’Connell announced on Thursday that starter Kirk Cousins was “not feeling well”, and he was sent home. This means the starter will not practice, giving Sean Mannion and Kellen Mond all the snaps for Thursday afternoon.

Cousins’ time away from the team may not be limited to practices, though. O’Connell did not deny the possibility that the Vikings starting QB could end up being diagnosed with Covid, which would inevitably mean that he would not travel to Las Vegas for the Vikings preseason matchup with the Raiders on Sunday.

There was very little chance that Cousins would see much time in this game anyway, so this likely wouldn’t have changed more than a series of O’Connell’s plan for the offense. However, without him around, this would again mean that Mannion and Mond are guaranteed to play all the offensive snaps this weekend.

In the Vikings first unofficial depth chart, there was a lack of hierarchy between the two backups, so it was unclear if there was a favorite to ultimately win the QB2 job this year. Unless Minnesota brings another player into the mix, we could see one of Mannion or Mond emerge over the next couple of days.

Ultimately, Vikings fans should be rooting for Mond to step up and win this backup job. Rick Spielman drafted him in the third round of the 2021 NFL Draft, and the clear intention behind the pick was for him to improve a backup QB position that has been notoriously poor in the Kirk Cousins era.

If Mond cannot take hold of this spot, it results in yet another third-round selection in Spielman’s final draft that ends in disappointment. G Wyatt Davis has been on the third team throughout training camp and looks as if he will not even make the roster in year two of his NFL career. Additionally, LB Chazz Surratt is on the roster bubble as Brian Asamoah has essentially taken the backup spot alongside Troy Dye.

Overall, this will be a great opportunity for the Vikings to see even more of what they truly have in Mond. The Vikings first preseason game will occur in Las Vegas on Sunday, August 14th at 3:25 PM Central. 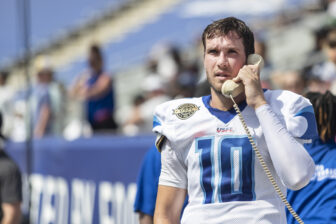