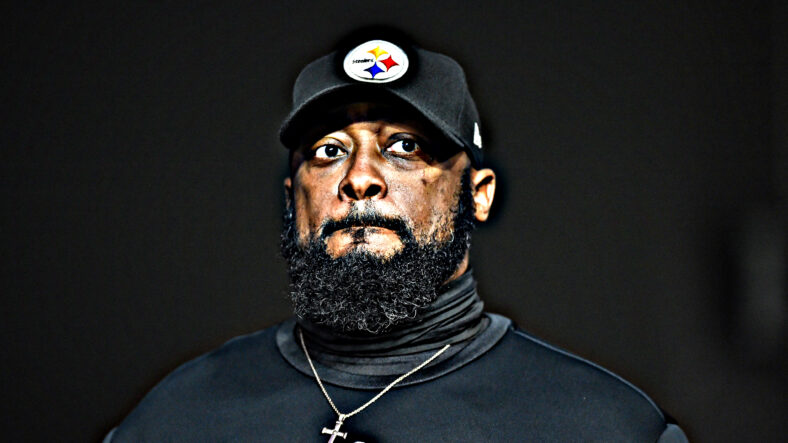 The Minnesota Vikings may opt to trade back from the 12th overall pick on April 28th, and the Pittsburgh Steelers could want a piece of that to draft a quarterback for life-after-Roethlisberger.

That’s the gist of it.

For a few months, Minnesota has been linked by draft pundits to notable rookie cornerbacks like Ahmad Gardner and Derek Stingley Jr. But after impressive Pro Days and the NFL Combine, Gardner and Stingley Jr. could be yanked off the draft board before the Vikings selection.

And if the plan by Kwesi Adof0-Mensah remains drafting a cornerback to play alongside Patrick Peterson, Cameron Dantzler, and Chandon Sullivan, the Vikings could reasonably trade back and still draft a solid corner like Andrew Booth Jr. or Kaiir Elam.

Pittsburgh, for now, is telling the world its plan at quarterback is Mitchell Trubisky. Ask yourself — is it more likely the general manager-less Steelers actually plan to marry Trubisky as QB1, or is the idea to patch the man over to a rookie passer like Malik Willis or Kenny Pickett?

Back in the 1990s and 2000s — the Vikings did this, too — signing a ho-hum veteran for career rejuvenation was widespread. But for the most part now, franchises — especially sturdy ones like Pittsburgh — don’t do that anymore. The league is driven by quarterback play, per media narrative, so limping into a season with Trubisky as “the guy” feels a bit off.

However, pairing Trubisky with Willis or Pickett is incredibly sensical. Let the two (Trubisky and rookie guy) duke it out during the summer, determining the best QB1 option for September. Teams do it frequently.

For the Steelers to climb the board for a quarterback, they’ll need a suitable spot to explore Willis or Pickett. The Vikings 12th pick is ripe for discussion. Unless the Carolina Panthers and Atlanta Falcons “spoil” everything, one or both of Willis and Pickett should be available to the Vikings — or Steelers, in the event of a trade — at #12.

Meanwhile, the Vikings could stockpile assets, grabbing Pittsburgh’s 20th pick, 52nd pick, and maybe even more. General managers do wild things for what they perceive as quarterbacks of the future.

Staying put for the Vikings and choosing Gardner or Stingley Jr. is probably the utopian scenario, securing long-term stability with one of the prospects plus Cameron Dantzler for years to come. But if their phenomenal draft-stock ascensions come to fruition, perhaps trading back for Minnesota makes sense.

Listen, the Vikings, as of mid-April, aren’t a very deep football team. The roster resembles last year — top-heavy with high hopes the reservist players are resting on breakout potential. Adding draft capital with a team like the Steelers gets Minnesota closer to the depth necessary for a playoff push.