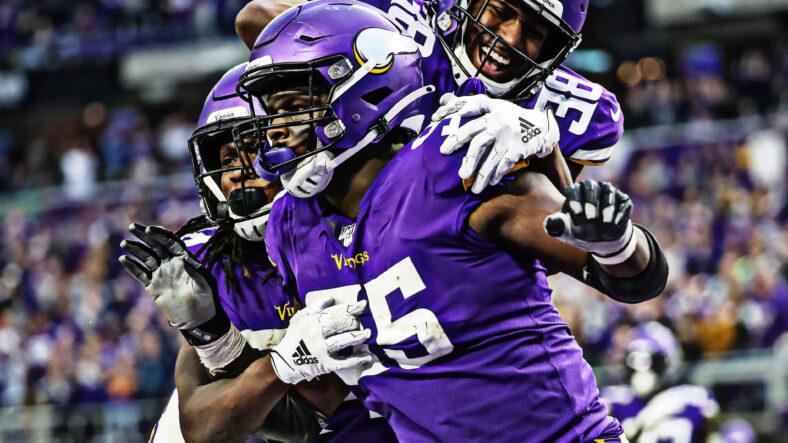 Former Minnesota Vikings starter Ifeadi Odenigbo is on the move once again, signing with the Indianapolis Colts on Monday.

Odenigbo, 28, has played for the Arizona Cardinals, Cleveland Browns, Vikings, and now Colts — if he makes the 53-man roster cutoff in September.

The Vikings were always fascinated with Odenigbo as a younger man, welcoming the Northwestern alumnus to the team in 2017. Soon after, though, he underwent a series of releases and signings, compiling a topsy-turvy resume of transactions.

But Odenigbo’s career in Minnesota ceased after the 2020 season, as the Vikings utilized D.J. Wonnum for their “Ifeadi role” in 2021. That season, Odenigbo signed with the aforementioned Browns, probably a nod to his ties with Cleveland head coach Kevin Stefanski, who ran the Vikings offense in 2019 before taking the big job in Ohio.

Odenigbo made a splash for the Vikings in the 2019 season, posting seven sacks in an unsung manner. He played all 16 games for the 2019 Vikings — the last purple and gold team to post a winning record — while starting none of the games. Most notably, Odenigbo scored a defensive touchdown in a rout of the Los Angeles Chargers down the stretch of the 2019 season.

So, the Vikings wrapped up the Odenigbo experience, leading the defender to Cleveland. With the Browns last season, he posted a 49.6 grade from Pro Football Focus, making his case for retention with the Browns front office underwhelming. Odenigbo sat on the free-agent wire until this week accordingly.

With the Colts, if Odenigbo makes the team later this summer, he’ll serve as a backup pass rusher. Indianapolis employs Kwity Paye, Yannick Ngakoue, and Dayo Odeyingbo for pass-rushing responsibilities. And Odenigbo doesn’t have the oomph to dethrone those three.

The Colts interestingly have an Odenigbo and an Odeyingbo, though. Both men are sons of Nigerian immigrants.

If Odenigbo is a part of the Colts 2022 roster, he’ll face the Vikings in Minneapolis for a Week 15 showdown.

Odenigbo has produced 31 quarterback hits and 10.5 sacks in 41 career games.