Get Ready for the ‘Davis or Reed’ Vikings Debate This Summer 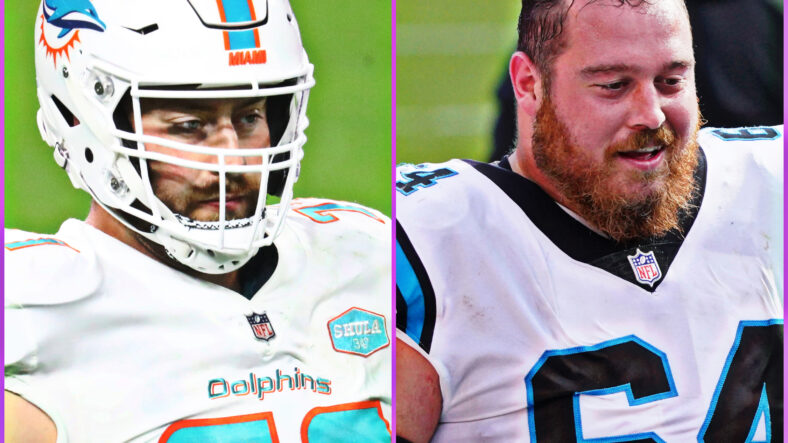 The discussion hasn’t truly arrived, mainly because the Minnesota Vikings roster is not yet set, but an honest-to-goodness debate about the team’s right guard position is on the horizon.

For too long, Minnesota has struggled to nail down the RG spot, arguably beginning in 2018 — coincidentally the arrival of quarterback Kirk Cousins — when Joe Berger retired. Berger wasn’t a God, but his 75.1 Pro Football Focus grade from 2017 feels like the Holy Grail now.

Indeed, no brand of Vikings under Mike Zimmer since the 2018 season ever solved the RG portion of the depth chart. Solutions were enacted, from Mike Remmers, Josh Kline, Dakota Dozier, Dru Samia to Oli Udoh. And in Kline’s defense, he was fairly efficient.

On the whole, however, right guard play has been nightmarish for the Vikings, at least compared to other franchises.

The men incapable of fixing the RG woes no longer work for the Vikings — Rick Spielman and Mike Zimmer. A new man is in charge, Kwesi Adofo-Mensah, and his for-now plan at the position is dual-faceted.

And it will inspire a summer debate. Two guards were signed in March, Jesse Davis from the Miami Dolphins and Chris Reed of the Indianapolis Colts.

Davis was the right tackle for the Miami Dolphins in 2021, participating in 92% of all offensive snaps. He was an undrafted free agent in the 2017 draft class from the University of Idaho, arriving in Miami and remaining until 2021.

He wasn’t a mic-drop signing, so don’t get it twisted. Still, he is an improvement to Dakota Dozier or Dru Samia — and Oli Udoh’s penalities. This is Davis’ PFF resume in five years:

Davis, 30, has one clear advantage to start over Reed — experience. The Dolphins either loved or tolerated Davis because he played frequently. Reed, per statistical metrics, seems like the better football player, but Davis has “been there” as a starter more often.

Remember how we mentioned Reed was the better offensive lineman than Davis? Here’s why via PFF grade from the last few years:

Reed played guard amid the previous two seasons for the Panthers and Colts. Conversely, Davis played left tackle in Miami.

In retrospect or as revisionist history, Adofo-Mensah could’ve signed Reed and “called it good,” maybe not needing to explore Davis as an option. But Davis was the first OL domino of Minnesota’s free agency, so perhaps Adofo-Mensah believed that was the best available choice at the moment.

Regardless, the RG battle will occur. It was announced by Kevin O’Connell a few weeks ago. The contenders are Jesse Davis, Reed, Wyatt Davis, and Udoh.

On the Vikings 2022 OL plan, the only way the RG position will not be fixed is if four men collectively stink. Both Davises, Udoh, and Reed would all have to strike out between now and the regular season for the right guard spot not to encounter long-awaited stability.