Free Agent WR Could Be Back for Vikings Sequel 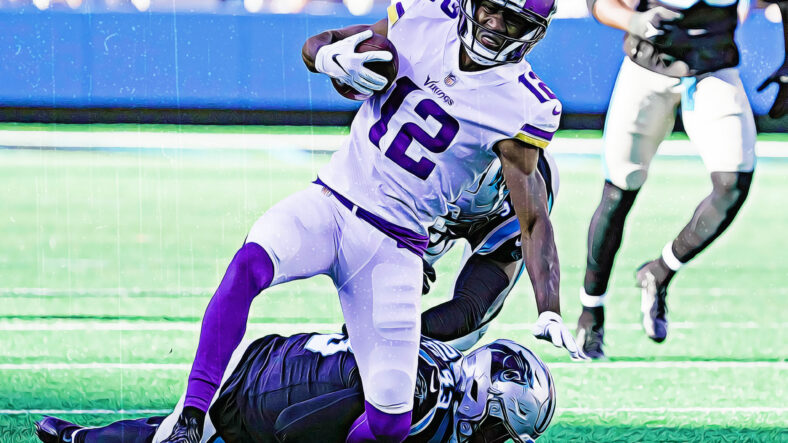 Last July, wide receiver Dede Westbrook was signed by the Minnesota Vikings as a presumed WR3 solution, a spot on the depth chart overlooked for several seasons.

When the franchise got down to brass tacks in 2021, Westbrook morphed into a starting punt returner and WR5. But now, a Westbrook reunion may be on the way, a possible sequel with wide receiver coach Keenan McCardell, who is still on the coaching staff.

McCardell was the only notable holdover from the Vikings coaching overhaul. Because the team orchestrated back-to-back losing and mediocre seasons, head coach Mike Zimmer was terminated in January along with his boss, Rick Spielman. The organization swapped Spielman and Zimmer for Kwesi Adofo-Mensah and Kevin O’Connell.

And Westbrook could become another speck of roster continuity, a preference fancied by the new regime since February. Minnesota had a license to rebuild the franchise but decided to keep the roster largely intact. A Westbrook re-signing would pay homage to the ongoing offseason trend for Adofo-Mensah.

Westbrook would join an olio of current Vikings wide receivers, not all of whom will make the 53-man roster. These are the team’s WRs as of May 30th:

And of those eleven — twelve if Westbook signs on the dotted line — perhaps six or seven will be on the 53-man roster in September.

Westbrook, though, would be considered a frontrunner to make the team, specifically to return punts. In 2021, he returned 22 punts, tallying 8.3 yards per return, which ranked 11th in the business.

After the WR3 forecast leading up to the 2021 season, Westbrook failed to nail down that job. He was only targeted 15 times last year by Kirk Cousins and Sean Mannion, grabbing 10 catches for 68 yards. Back in 2018 and 2019, Westbrook posted over 650 receiving yards each season with the Jacksonville Jaguars. Instead, Minnesota leaned on K.J. Osborn, who nabbed the WR3 job and probably still has it heading into 2022.

If signed by Adofo-Mensah, Westbrook’s contract is likely to be small and for a year or two.