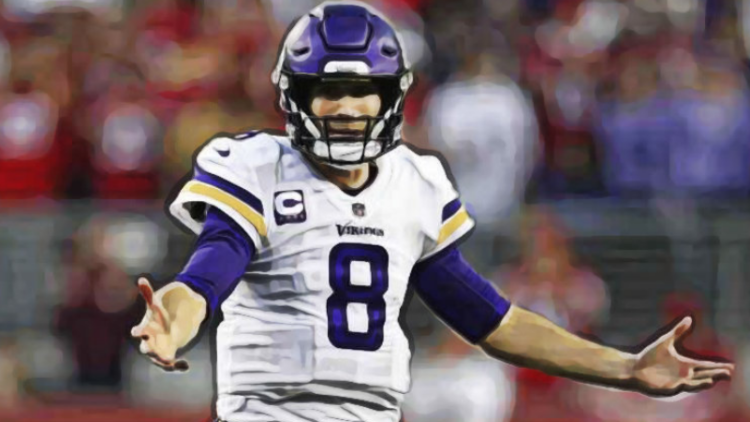 The man who backed up Brett Favre during the Minnesota Vikings 2009 season is not impressed with current quarterback Kirk Cousins’ tenure in Minnesota.

Since Cousins joined the Vikings in 2018, he ranks fifth in the NFL for touchdown passes (124) while tossing 36 interceptions for a 3.4 to 1 ratio. But that doesn’t tell the whole story, according to Rosenfels. He perceives Cousins as the wrong man at the helm on offense, theorizing the Vikings will need to serve up a “Brock Osweiler type trade” to get rid of the quarterback.

And, of course, Rosenfels, like others, focuses on Cousins’ personal “QB Record,” which is even-steven at 59-59-2. For perspective, former Houston Oilers quarterback Warren Moon left the sport in 2000 with a 102-101 record. Moon was inducted into the Pro Football Hall of Fame in 2006.

In Rosenfels’ career, his teams were 6-6 under his leadership.

Trading Cousins will be a fervent topic in the next one to three months, mainly because the new general manager may use Cousins’ expensive contract for tradebait to fortify the rest of the team. The decision boils down to whether the new general manager thinks like Rosenfels or those who use other means to evaluate quarterbacks — like statistics.

In 2021, Cousins ranked as follows in all meaningful metrics:

Ergo, the next man or woman in charge must decide if that’s good enough for the future of the Vikings. If it is not, Minnesota will likely embark on the old way of doing business, signing a patchover quarterback — a role Rosenfels nibbled at during his career — to partner with a rookie from the 2022 NFL Draft or current Vikings QB3 Kellen Mond.

Left up to Rosenfels, though, it’s time to start the post-Cousins era.