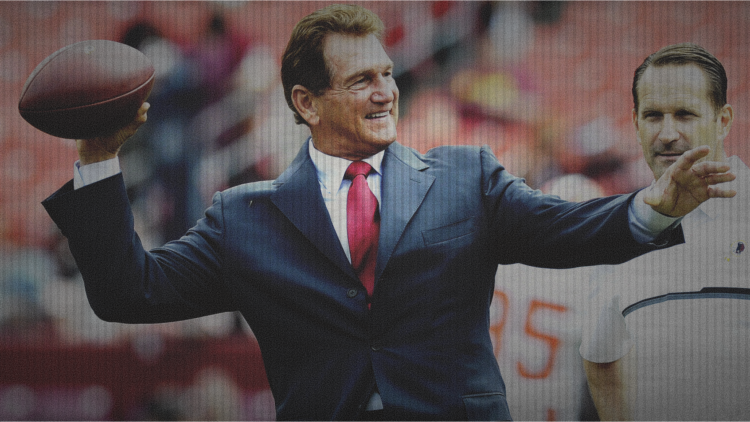 Kevin O’Connell isn’t officially the Minnesota Vikings new head coach – that should be a formality at the beginning of next week – but folks from all walks of the NFL are impressed by the move.

The Vikings fired general manager Rick Spielman and head coach Mike Zimmer on January 10th, spurring into motion an era of change for the franchise. And so far, with the additions of Kwesi Adofo-Mensah and presumptively Kevin O’Connell, Minnesota wants a youth bonanza.

Interestingly, some of the older personalities in the league are on board with the decision-making, especially applicable to O’Connell.

One of Kirk Cousins’ most ardent defenders over the years, Joe Theismann, commended the hire of O’Connell. Theismann won a Super Bowl with the Washington Commanders in 1982 and followed up that effort with an MVP award in 1983.

“I think Kevin is an extremely bright, bright guy. We’ve had a lot of conversations. I think he’s very familiar with Kirk [Cousins]. I think Kevin’s a great young choice. I love to pick Kevin’s brain. I’ve always found Kevin to be very creative. He will look at the personnel he has and he will adjust his offense accordingly. He understands what he wants to do with an offense. He’s an excellent choice to be a head coach. He’s ready to be a head coach.”

Amid the last two seasons, the Vikings showcased a bland 15-18 record, forcing a swap of the team’s leadership. Mike Zimmer, the previous skipper, preached defense above all else, but the Vikings defense sunk to awful depths in 2020. Zimmer’s defense was a wee bit better in 2021 but still collapsed too frequently in the final two minutes of halves. Accordingly, Minnesota’s offense could not make up for the defensive follies when it mattered the most.

Therefore, the Vikings ownership glanced around the landscape of the NFL – offense is king as of late – and opted to hire the first offensive-minded coach since Brad Childress in 2006. O’Connell is younger and more personable than Childress, so the change to the Rams offensive coordinator feels like a decision aligned with what the Cincinnati Bengals and Green Bay Packers made in recent years – hiring young offensive dudes. Defense is indeed important, but young offensive minds are dragging franchises to conference championships and Super Bowls.

The Wilfs want that.

Next up for O’Connell? Well, he waits to see if the new general manager, Adofo-Mensah, allows him to work with current QB1 Kirk Cousins. Trading-or-extending Cousins is the most pivotal roster question needing attention in the coming weeks.

And per Theismann, it feels like the O’Connell hire is a nod to retaining Cousins for a few more years.

Dustin Baker is a political scientist who graduated from the University of Minnesota in 2007. He hosts a podcast with Bryant McKinnie, which airs every Wednesday with Raun Sawh and Sally from Minneapolis. His Viking fandom dates back to 1996. Listed guilty pleasures: Peanut Butter Ice Cream’ ‘The Soprano’,’ and The Doors (the band).