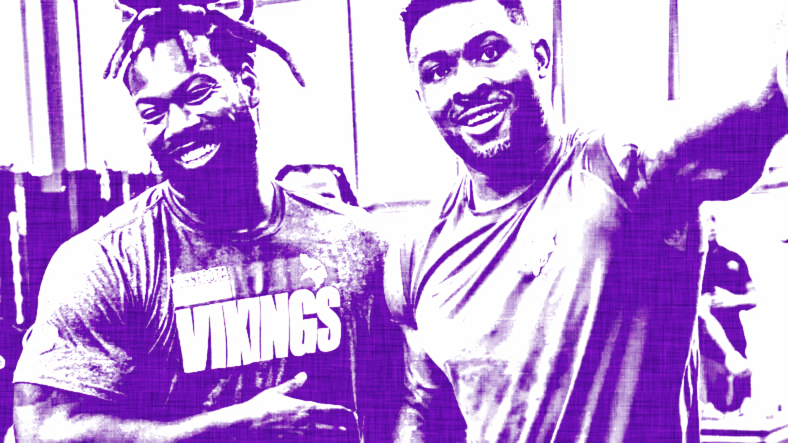 Last year, the Vikings finished 30th in yards allowed to opponents, only outdone [in a bad way] by the Houston Texans and New York Jets.

So, new general manager Kwesi Adofo-Mensah took over the organization and got serious about refurbishing the defense. The philosophy was on full display last week in the 2022 NFL Draft when Adofo-Mensah added Lewis Cine (S), Andrew Booth (CB), and Brian Asamoah (LB) before the 3rd Round finished.

But of all the aforementioned names — Hicks, Phillips, Smith, Sullivan, Cine, Booth, or Asamoah — none are more likely to win the 2022 Defensive Player of the Year award than Danielle Hunter, according to oddsmakers.

A couple of weeks ago, SportsBettingDime.com released odds for the 2022 Defensive Player of the Year award, and Hunter has a +2500 moneyline to take home the honor.

For a new bettors’ perspective, a person must wager $100 to win $2,500 if Hunter were to take home the trophy.

Hunter winning DPOY is certainly possible — if he stays healthy. Since the start of the 2020 season, Hunter has missed 78% of all football games due to a neck injury in 2020 and a torn pectoral muscle in 2021.

Hunter will get a boost from Za’Darius Smith, who was surprisingly signed by Minnesota in March. Smith initially agreed to terms with the Baltimore Ravens but reversed course to sign with the other purple team for three years and $42 million. A productive Smith will free up Hunter for carnage inside the 2022 Vikings defense if both men remain upright. Smith missed almost all of the 2021 season with the Green Bay Packers due to a back malady.

Hunter, 27, has two years left on his contract with the Vikings.