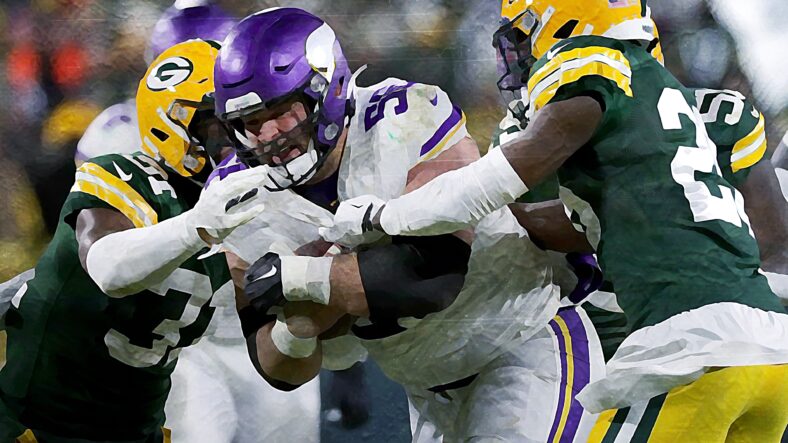 Garrett Bradbury was supposed to be the anchor-in-savior for the Minnesota Vikings offensive line when drafted in 2019.

The North Carolina State alumnus plows running lanes with ease, but pass protection has been a source of struggle. And when the Vikings employ a pocket passer in Kirk Cousins, protecting the quarterback is paramount as this QB1 isn’t remarkable with making plays via scrambling.

New general manager Kwesi Adofo-Mensah has until May 2nd to decide on Bradbury’s contract. Every 1st-Rounder has a contractual fifth-year option, allowing the team to choose yay or nay on the player’s final rookie-deal season.

Bradbury’s fifth year (for 2023, not 2022) will cost $13.2 million. The Vikings are unlikely to oblige, according to Chris Tomasson from the Pioneer Press.

However, Minnesota’s new coaching staff, led by Kevin O’Connell, an offensive-minded coach, has signaled that Bradbury is their guy for the 2022 season. While that may be true, $13.2 million in 2023 for a man who fired up a paltry 43.7 pass-blocking grade from Pro Football Focus is madness.

The only thing known for sure? Bradbury is emphatically not worth $13.2 million — and hence will not be tapped for a fifth-year rookie-deal adventure.

The Vikings could also insert Austin Schlottmann in the 2022 lineup if Bradbury flounders. He’s a free agent from the Denver Broncos.

Lower-round rookies that Minnesota could explore at the position include Cole Strange (UT-Chattanooga), Dylan Parham (Memphis), and Luke Fortner (Kentucky).