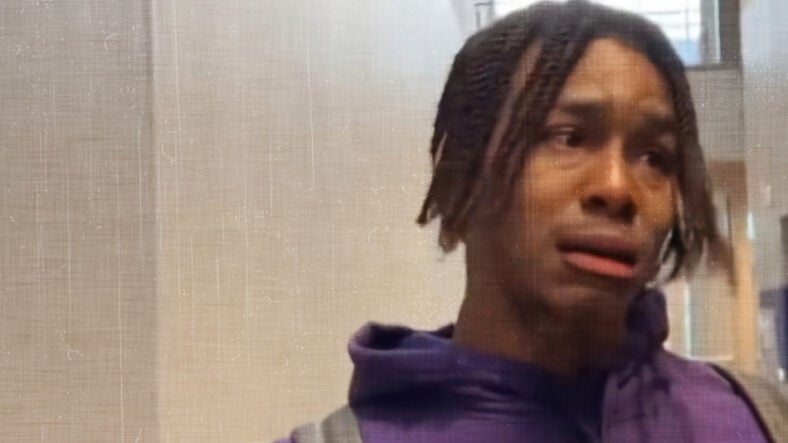 On TikTok, Proehl walked around the Vikings headquarters filming teammates — but with a “sad face crying” filter. The video effects showed players like Justin Jefferson, Adam Thielen, K.J. Osborn, and others doing ordinary things but with distraught facial alterations.

It’s also worth noting that the players included in the video don’t appear to be in on the specific joke, although some seem to know something goofy is afoot.

The video was picked up by ESPN on Tuesday:

NFL.com picked up the video, too.

Proehl is the son of former NFL journeyman Ricky Proehl who played in the league for 17 years. The son, Blake, was signed as an undrafted free agent by the Vikings in 2021. Last August, Proehl was waived and later placed on injured reserve.

He also has a history of internet theatrics. On TikTok last year, he posted a video of himself singing to his grandmother, which turned out to be a relatively big deal.

Additionally, Proehl is a budding musician, releasing a single called “Falling Into You” this year.

Proehl is one of 11 wide receivers on the Vikings roster heading into the summer. He’s a longshot to make the team for the regular season, but he has the consolation prize of entertaining viral videos, evidently.