Could this be the Season of Clutch Cousins? 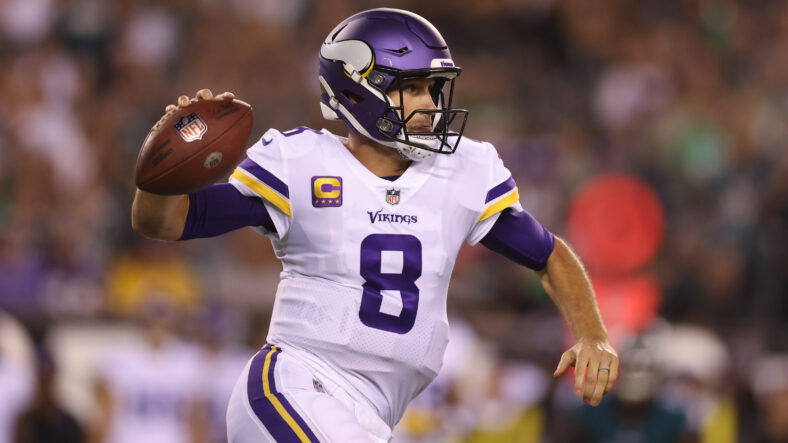 One of the more common criticisms of Kirk Cousins is that he isn’t clutch. We see this idea in the concerns about his uninspiring record in primetime games. It’s perhaps worth noting, though, that Cousins has had some clutch moments in the early stages of the 2022 season.

Now, a few things need to be said about being able to win the game at the end. Obviously, the conditions need to allow for a last-second win to occur. In Week 1, the Vikings had such a formidable lead that it wasn’t necessary.

The inverse can also be true. In Week 2, Minnesota trailed Philadelphia by a large margin. As a result, coming back late in the game was supremely unlikely, especially given how poor the performance had been throughout the majority of the game.

What we need is not only a close game but also one where the purple and gold are trailing. The Week 3 Detroit game, for instance, provided precisely this opportunity. In the video below, you’ll see Cousins find K.J. Osborn for the touchdown to put the Vikings ahead. Shortly thereafter, Josh Metellus fully sealed the win by intercepting Jared Goff.

Last week, Kirk Cousins once again had the chance to be clutch. They weren’t trailing, but they were tied with the Saints. Failing to move the sticks could have plausibly allowed New Orleans to get the ball back and score. Instead, Cousins found his WR1 for a sensational play.

As Will Ragatz suggests, Cousins is really great at throwing the deep ball. He isn’t necessarily the most aggressive passer in the NFL, but he has the capacity to be very accurate down the field. Marshon Lattimore is a great corner, but he simply couldn’t corral Jefferson in this one. Credit to both Cousins and Jefferson for the late play.

With all that said, we circle back to the main question: is this the year of clutch Kirk Cousins?

It’s easy to forget, but Cousins actually did a nice job in this regard last year. He had 4 game-winning drives and could have easily had a couple more. In Week 2, for instance, Greg Joseph had a shot at the game-winning field goal against the Cardinals; he ended up missing, so Cousins didn’t get credit for his drive.

Winning a football game goes beyond just the QB.

Nevertheless, it’s the quarterback who is the single most important player in deciding a game’s outcome. If the pattern holds, the Vikings are going to continue being in close games. Perhaps Cousins will be able to keep leading his squad to wins.