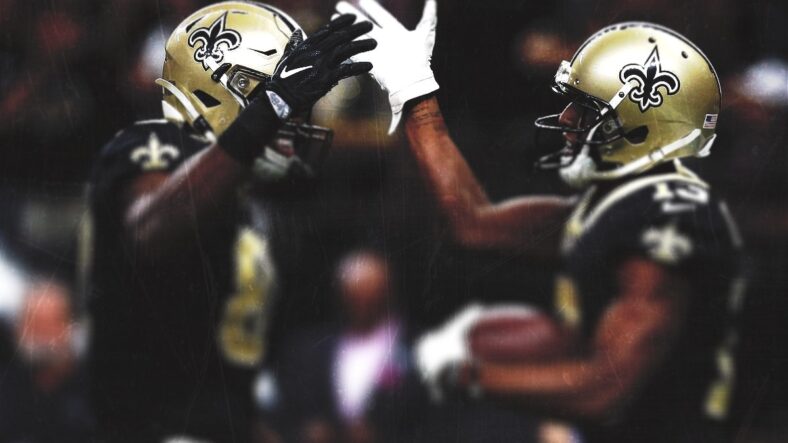 Not cornerback, EDGE rusher, or interior offensive line just yet, Bleacher Report suggests the Minnesota Vikings should stock up on tight ends for 2022.

The Vikings have direr roster needs as of mid-March, but adding depth to the TE room is the formal recommendation by Bleacher Report‘s Kristopher Knox, who theorized one free agent every team should target.

For Minnesota, it’s tight end Jared Cook, coming off a productive season with the Los Angeles Chargers in 2021. A journeyman tight end, Cook has played for six NFL franchises, tabulating over 7,000 receiving yards and 45 touchdowns since entering the league in 2009. Cook joined the NFL the same season Brett Favre signed with the Vikings.

With the exit of Tyler Conklin from the franchise — he trekked to New York for an audition with the Jets — Minnesota will lean heavily on the fourth-year Irv Smith Jr. Every season since 2019, Smith Jr. is predicted as a breakout player, and some believe, once again, this is the year for his ascension to stardom.

On Cook to the Vikings, Knox wrote:

“The Minnesota Vikings need a tight end after losing Tyler Conklin to the Jets in free agency. While Minnesota did add blocking tight end Johnny Mundt, it could use another pass-catcher to complement Irv Smith Jr. The problem is that with only $2.4 million in cap space, Minnesota won’t have many options. Thirty-four-year-old Jared Cook could be exactly the sort of low-budget signing Minnesota needs. He isn’t likely to garner a long-term deal on the open market, and he might not receive many significant offers. Cook took a one-year, $4.5 million deal last offseason. Minnesota would still need to create cap space to sign him, but not a ton. Furthermore, he’s a two-time Pro Bowler who is still perfectly capable of aiding a passing attack. In 2021, Cook totaled 564 yards and four touchdowns on 48 receptions with the Chargers. He’d be a tremendous complement to Smith and another valuable weapon for quarterback Kirk Cousins.”

Cook would be a reasonable complimentary signing for the Vikings, navigating life after Conklin. In 2021, Conklin produced surprisingly well in Smith Jr.’s absence — so much that Minnesota could not afford the sequel. A cash-strapped team rarely has the option of spending big on a TE2.

Yet, according to Knox, Cook would be attainable for a fair price. And with Justin Herbert last season, Cook’s production was noteworthy, making the most of his 83 targets.

The Vikings should file this idea in their back pocket, as signing defenders (CBs, DEs) or offensive linemen is the priority. Cameron Dantzler is the only startable corner on the roster as of March 20th, Danielle Hunter will need a pal to terrorize opposing quarterbacks, and Minnesota hasn’t protected its own quarterbacks with competence since the days of Steven Hutchinson and Bryant McKinnie.

If those boxes are checked soon in free agency, yes, a Cook addition adds up.