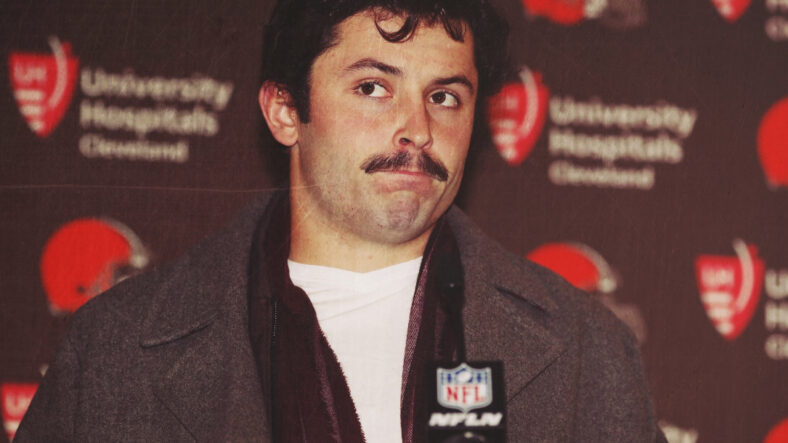 Not long ago, Baker Mayfield was the latest and greatest addition to the Minnesota Vikings rumor mill. Media entities suggested the Vikings trade for the former Cleveland Browns quarterback to shore up the QB2 spot in Minnesota — and perhaps even inspire a QB1 competition with Kirk Cousins.

None of that happened, though, as Mayfield was traded to the Carolina Panthers last week for a conditional 5th-Round pick. The selling team, Cleveland, is also paying the bulk of Mayfield’s 2022 salary.

So, the plot thickens for all things related to Mayfield, who led the Browns to their first playoff triumph since 1994 a year and a half ago. Mayfield was drafted first overall in the 2018 NFL Draft, and up until the end of the 2021 season, his stock as a franchise quarterback was relatively high.

But all that enthusiasm was dampened by Mayfield’s 2021 performance. He ranked in the league’s bottom tier among NFL quarterbacks and played through an injury that damaged his long-term reputation.

To some degree, the upcoming battle for the Panthers quarterback makes sense. These are the passers on the team’s roster:

Corral is a rookie, slated to push Darnold to the limit in training camp before Mayfield entered the chat. Cheek is an unknown undrafted free agent. Darnold struggled mightily in 2021. And Walker is an adept QB2 with some impressive mobility.

Aside from the possible rookie upside of Corral, the job should be Mayfield’s to lose, adding intrigue to Fitterer’s comments on Tuesday.

Furthermore, if Mayfield cannot defeat the Corral-Cheek-Darnold-Walker hodgepodge in training camp and preseason, well, his career will have taken another bizarre turn — in a year riddled with bizarre happenings for the 27-year-old.

The Vikings play the Panthers again in 2023 at Carolina.