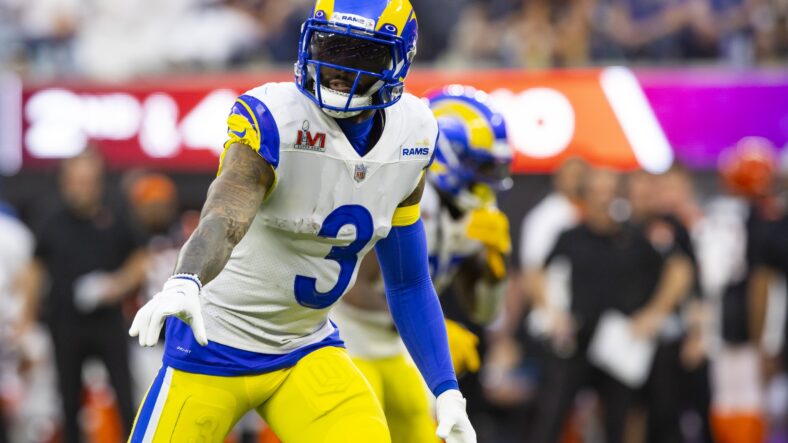 Normally, when an aging wide receiver coming off a torn ACL sits as an unsigned free agent, they can’t necessarily create lists of teams that they will or won’t sign with. I suppose normal rules don’t apply when that aging wide receiver is a Super Bowl champion and widely known for one of the greatest touchdown catches in NFL history.

I am, of course, speaking of Odell Beckham Jr., who after being traded to the Los Angeles Rams last year, became a major catalyst on that offense en route to a Super Bowl championship. In that Super Bowl, OBJ tore his ACL, but not before catching a pair of passes for 26 yards and a touchdown.

Early in the 2022 season, the veteran wide receiver has been seen across the country, apparently taking “tours” to some of the teams he might consider signing with once his recovery is complete. Now, OBJ has apparently released his list of finalists for the season. That list includes the following five teams:

Most notable for the Minnesota Vikings, at least right now, is the fact that the Packers are included here. Aaron Rodgers and Green Bay have struggled to gain any sort of rhythm through the air this season. They are trying to incorporate a pair of rookie receivers in Romeo Doubs and Christian Watson after trading away Davante Adams this offseason.

OBJ may not provide much for the Green and Gold immediately, but a spark towards the end of the season and into the playoff could be exactly what the Packers need in the playoffs. Last season, the veteran receiver stepped up in a huge way for the Rams. Throughout the playoffs, he recorded 21 receptions, 288 receiving yards, and a pair of touchdowns in four games.

As of now, the Minnesota Vikings hold a tiebreaker over the Packers in the NFC North. However, these two teams could be on a collision course towards New Year’s Day when they meet at Lambeau Field. OBJ likely becomes active by that point if he chooses to sign with the Packers, and that could be a massive piece for Rodgers in that game.

Until OBJ makes a decision though, he remains a free agent as he rehabs his injury from this February. We shall see who takes a chance on him heading towards the final stretch of the season if anyone does so at all.