Another Head-Scratcher from Vikings over Last 2 Seasons 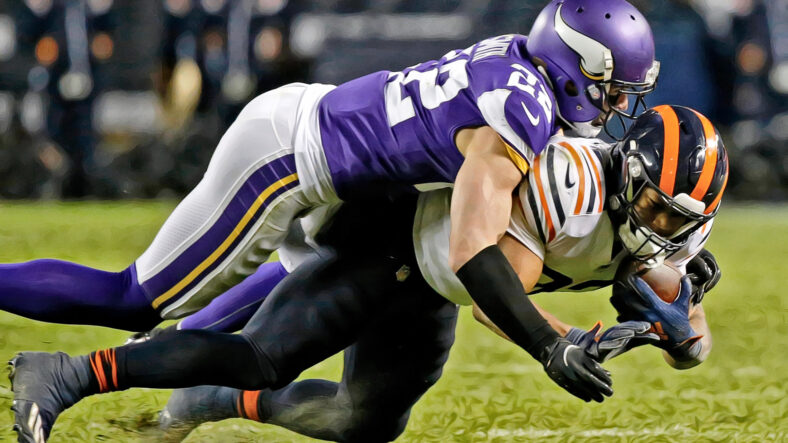 Under an umbrella of new management, the Minnesota Vikings chose not to rebuild this offseason. The franchise dismissed nearly all of the old leadership personalities and welcomed general manager Kwesi Adofo-Mensah and head coach Kevin O’Connell to the organization.

Soon after Adofo-Mensah and O’Connell arrived, the twosome decided a) The roster was in commendable enough shape to attempt “another run at it” in 2022 b) To Announce a philosophy of “living in the present and future” via roster rebuilding.

A potpourri of talent suggests the Vikings can indeed make a push to the postseason, as names like Justin Jefferson, Dalvin Cook, Adam Thielen, Harrison Smith, Danielle Hunter, Za’Darius Smith, Eric Kendricks, Patrick Peterson, and Kirk Cousins should be sufficient for postseason entry. If this brand of Vikings cannot reach the postseason, it will have meant the group inhabits a strange vug unbecoming of traditional gridiron forecast.

However, based on 2020 and 2021 performance — with a roster largely similar in the present — Minnesota may not be far from playoffs contendership.

Here’s the deal: Since the start of 2020, the Vikings are 8-4 (.667) in division games. Mike Zimmer’s Vikings thrived in the NFC North and still couldn’t enter the postseason tournament. It’s bizarre.

In the last two seasons, the Vikings split with the Green Bay Packers (2-2) and took care of business to the tune of 6-2 versus the Detroit Lions and Chicago Bears. Overall, though, the team’s record was 15-18 (.454), sinking the enterprise to a layer of mediocrity and eventual upheaval of the general manager and head coach.

The numbers suggest defense is to “blame” for Minnesota’s undoing since the start of 2020. Per EPA/Play, the Vikings rank 11th leaguewide for offensive efficiency in the last two seasons, whereas the defense checks in at #23 — an odd split for a team coach by Zimmer.

The Vikings rank sixth in touchdown passes during the timeframe (69). Getting the ball into the endzone via air should translate to wins. Such has not been the case at a playoff-bound clip. Minnesota has also committed the fifth-fewest turnovers (36) since 2020 — doesn’t matter; the team didn’t go to the playoffs.

But nothing is quite as strange as the division record. Teams that win two-thirds of division games should waltz into mid-January, at least as a wildcard team.

Therefore, the Vikings must clean up their follies — points allowed on defense at the end of halves, penalties, offensive 3rd Down percentage, 3-and-Outs on offense, etc. — to foster a successful first year for O’Connell.

By the numbers, the Vikings are a smidgen away from the postseason. And this can explain to Vikings enthusiasts why the depth chart was not uprooted with a leadership regime. They don’t think they’re too far away from the Promised Land.