An Unusually Large Portion of The Purple Pie 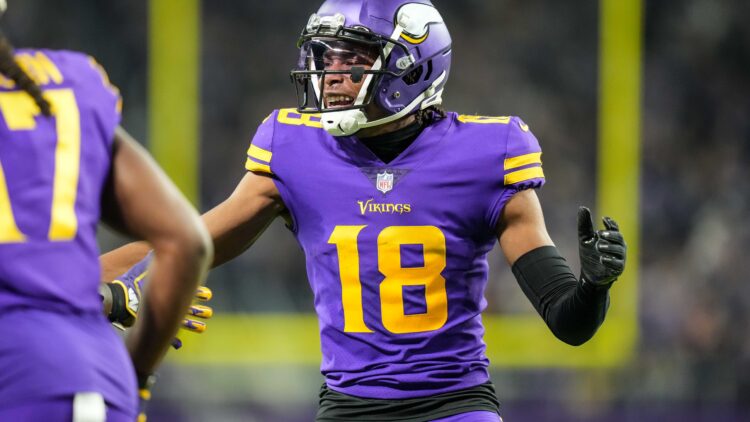 While doing some research for a different piece, I came across a pretty wild stat for Justin Jefferson.

According to NFL Next Gen Stats, Jefferson accounted for 45.27% of the Vikings’ air yards. That’s the highest percentage in the NFL.

Some of the reason for that insane percentage rests in the fact that Adam Thielen missed four games. As a result, the Vikings had to rely on less established players for that WR2 spot. K.J. Osborn did do well, all things considered, but he isn’t yet at Thielen’s level. It’s also worth noting that Minnesota was operating without Kyle Rudolph and Irv Smith Jr. given that the former was with a new team and the latter was injured for the entire season. Cousins’ TE1 and TE2 from the year before were thus unavailable.

Even still, it’s a remarkably high number. Justin Jefferson had almost half of Minnesota’s air yards.

One wonders, then, if a little less Jefferson could lead to a more dynamic offense. More variety and balance are, generally speaking, good things. Now, they aren’t an end in an of themselves. There’s no need to pursue balance if the best thing is to keep feeding Jefferson. Nevertheless, Kevin O’Connell needs to be asking himself whether a different distribution of air yards will be a good thing.

Perhaps a greater emphasis on some of the other weapons would help Jefferson to be even more efficient with some lesser touches. Of course, getting some health luck from Thielen and Smith would help here. One also has to imagine that seeing more contributions from the running backs in the passing game could also help to ease Jefferson’s burden.

Another angle is that perhaps the Vikings can lower Jefferson’s percentage of the team’s overall air yards while still giving him as much (or more) attention. If, for instance, the team becomes far better at sustaining drives, they’ll have more plays and more opportunity to target other players. Jefferson’s yards may stay the same but his percentage of the team’s overall amount may diminish.

Regardless, it’s yet another way of showing that Justin Jefferson had an insanely impressive season in 2021. Hopefully, the third-year wideout is just getting started. As hard as it is to believe, he’s still only 22. It’s very possible he’ll keep improving.