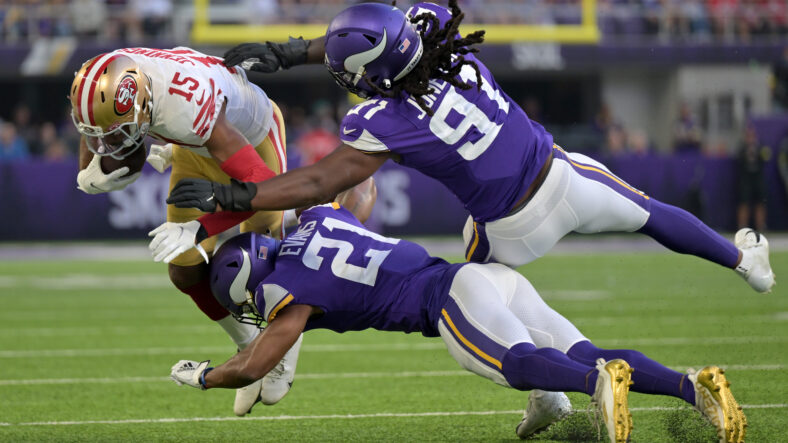 The following is news applicable to the Minnesota Vikings on September 29, 2022 — via tweet. This is updated throughout the day.

The Vikings are on their way to London. Sunday’s opponent, the New Orleans Saints, arrived there on Tuesday.

Vikings legend Cris Carter is already there and obviously enjoying his trip.

If you’re in London, you may get to see the ‘Skol Bus.’

The two star receivers Cris Carter and Randy Moss had a big day against the Saints in the 2000 playoffs. Can Justin Jefferson and Adam Thielen do the same?

Ed Ingram never left the United States. The trip is a big milestone for him.

Vikings communications handed us a lot of information about the game. Kirk Cousins is the passing yards record-holder in London games.

Ed White, a former guard of the Vikings, posted this photo of himself and his teammates at the Pro Bowl. Can you name the players?

Carl Eller and Bud Grant had a chat.