A Cornerback Fit for Vikings in Free Agency 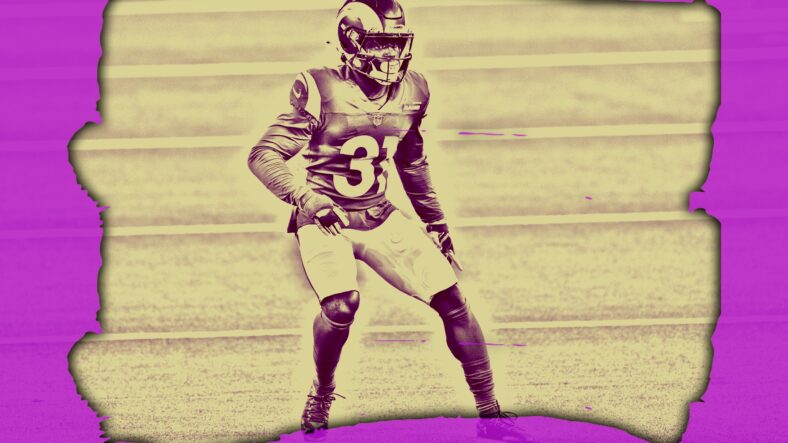 As of March 10th, Minnesota Vikings cornerback Cameron Dantzler stands alone as the only startable cornerback on the team’s depth chart.

Patrick Peterson is a free agent who may or may not return to Minnesota. Mackensie Alexander wasn’t very effective in 2021, so he’s likely headed elsewhere. And Bashaud Breeland was waived before the 2021 regular season ended.

But if new general manager Kwesi Adofo-Mensah wants to get a head start on starting corners before the NFL draft, free agency is a few days away. And a man like Darious Williams from the Los Angeles Rams checks some boxes.

Williams paired with Kevin O’Connell on the Super Bowl-winning Rams team from 2021 — and now he’s a free agent.

CBS Sports even endorsed the Williams-Vikings marriage in an article about one player each team should sign in free agency. Jaren Dubin from CBS Sports wrote about Williams to the Vikings:

“New Vikings coach Kevin O’Connell came to Minnesota from the Los Angeles Rams. His new team is extremely thin (in terms of quality players, if not necessarily bodies) at the cornerback spot. Why not bring along an old friend, whom his former team may not be able to afford to retain? Darious Williams is a solid No. 2 corner who plays bigger than his size, and can execute in coverage. Minnesota doesn’t have a ton of wiggle room this offseason, and should look to shop in the lower and middle tiers of free agency.“

Williams has tallied six career interceptions in 46 career games, joining the league in 2018 as an undrafted free agent. He also spent a little bit of time with the Baltimore Ravens.

Here’s is the Pro Football Focus resume for Williams, who is 28 years old:

Williams won’t be as cheap as one might think, though. PFF surmises his price tag at $11 million per season. For the Vikings to even explore Williams at that price — or anybody really — Adofo-Mensah must clear cap space before next week, a process not yet started for the Vikings (at least not publicly).

If Minnesota can sign someone like Williams — or even bring back Patrick Peterson — using the NFL draft as a venue to fortify the CB depth checks out.

Per most mock drafts, the Vikings are forecasted to use their #12 overall pick on a cornerback or EDGE rusher.