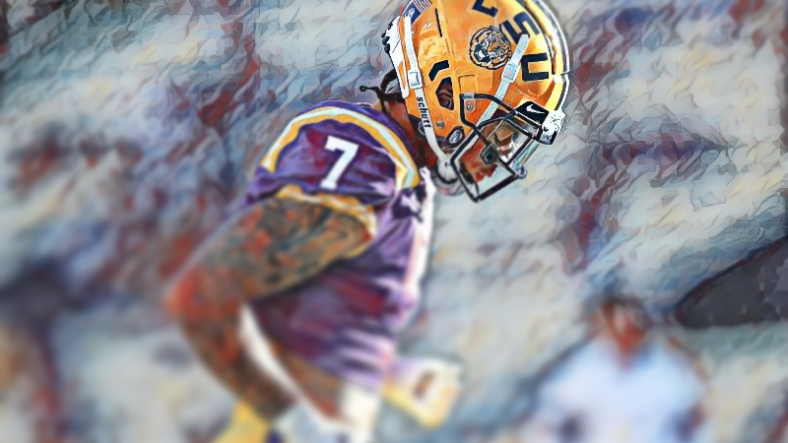 The 2022 NFL Combine was a successful event for Ahmad “Sauce” Gardner, so much so that he may not be available to the Minnesota Vikings with the 12th overall pick.

Before the combine, per most mock drafts and fans’ sentiment, Gardner was trending as the Vikings consensus pick in April’s draft.

Now, though, amid a flurry of post-combine mock drafts, Gardner is no longer available at #12 for Minnesota. Instead, these forecasts believe the Vikings will choose Derek Stingley Jr. from LSU.

The unguiferous cornerback from LSU makes sense for the Vikings as Minnesota needs corners from free agency or the draft. For now, Minnesota employs Cameron Dantzler as the only startable corner as the future of Patrick Peterson with the Vikings is uncertain. After Dantzler and Peterson, the roster showcases Harrison Hand and Kris Boyd. Write it down: the Vikings need CBs.

The Stingley-to-Minnesota prediction is out in full force after the draft. CBS Sports, Bleacher Report, and the USA Today all authored mock drafts this week — and down the line, it’s Stingley Jr. for the Vikings.

“His talents as a cover man are undeniable and were apparent for the 2019 national champions, for whom he had six interceptions, earning All-American honors for his efforts. But Lisfranc surgery limited him to three games in 2021 – a year after he was slowed by ankle issues – and prevented him from working out in Indy. But if Stingley performs well at LSU’s pro day on April 6, he could vault himself back into consideration as a top-five option, possibly ahead of Gardner. Either would be a boon to a Minnesota defense that has struggled in coverage lately and is likely to lose veteran CBs Patrick Peterson and Mackensie Alexander in free agency.”

Stingley Jr. would fit appropriately in Minnesota for a couple of reasons. First, he played with Justin Jefferson at LSU in 2019 – the Joe Burrow National Championship campaign. That isn’t an end-all for draft projection with a team, but it is notable. The Vikings enjoy LSU alumni – from Jefferson, Danielle Hunter, Patrick Peterson, to perhaps Stingley Jr.

Then, Stingley Jr.’s defensive coordinator from LSU in 2021 re-joined the Vikings staff in February. His name is Daronte Jones, and he was Minnesota’s defensive backs coach in 2020 before heading south for a season to lead LSU’s defense. Now, he’s back, as the Vikings retool with new leadership.

If the Vikings do not select a Sauce or a Stingley, they need an EDGE rusher as well. David Ojabo or George Karlaftis should be on the board when Minnesota makes the pick on April 28.