Yeah Kwesi traded, but it felt different this time… 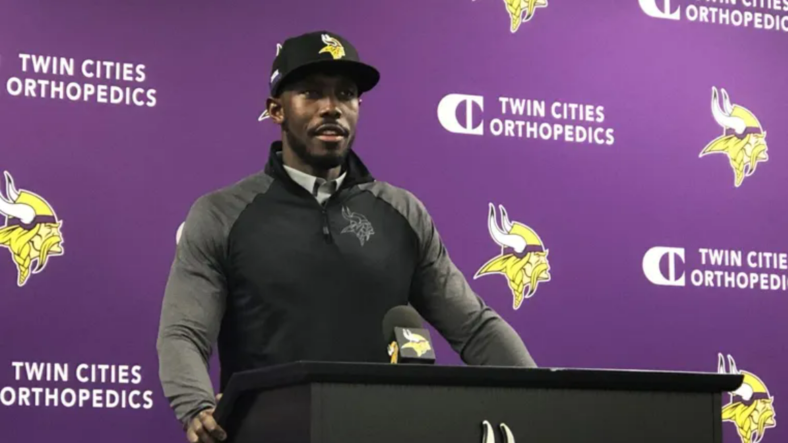 So the 2022 NFL Draft is officially in the books and Minnesota fans are sitting which a mixed bag of opinions surrounding Kwesi Adofo-Mensah’s first go at it. Generally speaking, people are putting faith in the new regime understanding that right or wrong on their picks, they do know a heck of a lot more about it all than we do. But there’s one thing that seems to be stuck in the craw of most fans coming out of the 2022 selections.

Originally slated to make eight picks this year, the team walked away with 10 players…they acquired those extra two picks but moving their way around the draft order via a total of SIX DRAFT DAY TRADES. Now those trades did include moving up a couple times, but starting with their first round selection on Thursday evening, there was a lot of moving back and accumulating more picks later in the draft.

Many are crying foul voicing frustrations with the new regime as it feels just like the old regime. “Trader Rick” or “Slick Rick” is what they called former Vikings General Manager Rick Spielman and those nicknames came primarily because of the multitude of draft day moves that he was known for. In Rick’s final three seasons in the position, he selected a total of 38 players via the NFL Draft. A reminder, teams would normally be slated to select 21 players over a three year period of time. So that’s 17 additional players accumulated via trading back in the draft. Now here’s the kicker of those 38 players, 26 of them were selected in the fourth round or later.

It was the accumulation of 6th and 7th round selections in recent years that frustrated fans and ultimately didn’t work out for Spielman and the previous player personnel team. So when we see Kwesi trading back again and again and again, who can blame fans who start to hear echoes of old that are slightly of the haunting variety.

Call me the eternal optimist, but this feels a bit different this time around.

Rather than trading back just to accumulate more picks, it appears as if this was a strategic play by Kwesi and staff and that’s because they basically told us that this was going to be the focus.

For weeks leading up to the draft both Kwesi and senior football advisor Ryan Grigson told us that they analyzed the depth of this draft to be in the middle range. This goes along with what the national media was saying as well. Now that’s not to say that there aren’t going to be any star player from the top, or even out of the #12 spot, but for a team that assesses their needs as needing depth from a draft that’s full of it…it starts to make more sense.

Grigson mentioned the their team is “aware” of all the draft value charts that exist. From the Jimmy Johnson traditional chart to the newer Rich Hill chart, the AV, the OTC and others that value more of the advanced analytics. Rest assured that their team was referencing these value charts when making the moves and not just flippantly moving back for perceived value. They had the data and knowing their needs, their roster and what was available on the board at any give time the actual value was weighed.

At the end of the day, whether it’s Rick trading back for 6th and 7th round picks or Kwesi trading for 3rds and 4ths we’re not going to know for a while how it will all pan out. Suffice it to say, I like the idea that we have some updated analytics and data supporting the moves, but before we claim that Kwesi isn’t any different than Spielman, let’s let the players strap on the pads and give the GM another draft or two to prove himself.