Will the Minnesota Vikings play their starters in the 2022 preseason? 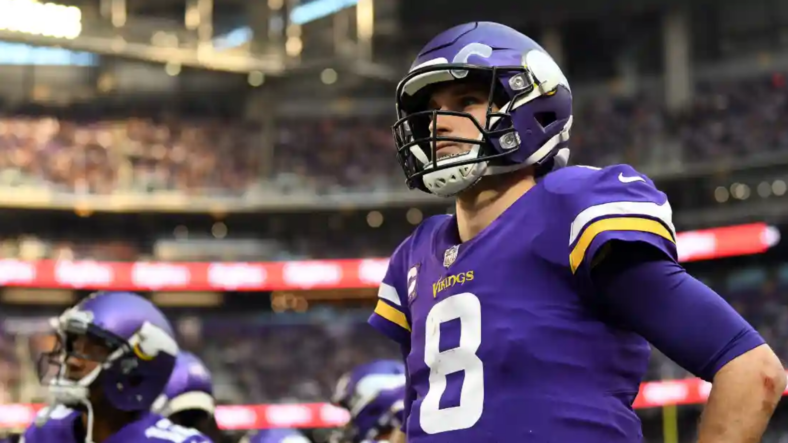 On the surface, the question posed in the title of this post seems a little silly.

Will the Minnesota Vikings play their starters in the 2022 preseason?

Well of course they will, right? Traditional NFL procedure was changed a bit last year with the transition from four preseason games to three, but come that 2nd and 3rd preseason game we’re sure to see Kirk Cousins, Justin Jefferson, Dalvin Cook, Danielle Hunter, Eric Kendricks, et al, for handful of drives. It’s how they get ready for the season, how they mentally and physically grasp the speed of the game after a long offseason. Many would say it’s essential to preparations for an NFL season.

Not Sean McVay, and that’s where this situation gets a little more interesting.

Paul Allen broached the subject this Monday morning on his show on KFAN highlighting the fact that Sean McVay’s philosophy to prepare for a season includes no preseason snaps for Matthew Stafford, Aaron Donald, Jalen Ramsey, Cooper Kupp and most of their other starters as well. It was a whole lot of quarterback Bryce Perkins on offense as he led the team in passing and rushing for the preseason and also pushed them to a whopping 0-3 preseason record.

But McVay didn’t care and either did the Rams.

Despite the lack of in-game preparation for the starters the Rams still ran out of the gate and started the season 3-0, pushed to a 12-5 regular season and ultimately made a run all the way winning Super Bowl 56.

As if you haven’t already pieced this together, the reason that all of this matters for the 2022 Minnesota Vikings is because new head coach Kevin O’Connell comes from that Sean McVay coaching tree. And since it’s his first year coaching, we don’t have any basis for how similar or how different he plans to run things here in Minnesota.

To date, O’Connell has made clear some of the differences that we might be able to expect between his philosophy and that of McVay, but if only because we haven’t gotten to a certain point in the process there’s still a lot that we don’t know, with preseason philosophy being one such thing.

So what do we think? Do the Vikings need to play their starters in the preseason?

There are clear arguments for both sides, most of which come from the side of playing them as that’s what we know best so let’s start there. There wasn’t a ton of turnover on this roster, but there is always some. A benefit can be sought by playing next to your teammates and getting to know their tendencies. This is showcased greatly in the passing game on the offensive side of the ball. Timing between a quarterback and receiver is essential and there are facets of that which can only be experienced at full speed. Jefferson, Thielen, and Osborn all have some rapport with Cousins that will carry over into 2022 but it’s Irv Smith Jr. who is coming off of a knee injury who might benefit most from preseason reps.

On the defensive side of the ball, Za’Darius Smith’s addition, Anthony Barr’s departure and the switch from a base 4-3 to a base 3-4 are all arguments to get some preseason reps in for the Vikings defensive starters. But can they get that through extra and full speed reps at OTAs, MiniCamps and Training Camp?

And then there’s the wrinkle of the rumored joint practices with the San Francisco 49ers. The “scrimmages” that will take place during these joint practices leading up to the second preseason game can almost be looked at like an unofficial fourth preseason game. They’re all recorded for film, they’re all dissected across all levels and more importantly the players are more likely to go full speed when they are up against a new face and an out of town opponent at that stage in the race.

At the end of the day, O’Connell and Kwesi have a plan already. Like all coaches and GMs that plan is subject to change based off of the levels of progress that they are observing in camp leading up to those preseason games.

If I had to guess, we’ll see a hybrid philosophy birthed where reps are existent, but might be more limited than what we’re used to seeing. All the more reason to be okay with the idea that there are two away preseason games and only one home preseason game this year.