We’ve already seen the majority of the Week 16 slate take place on Christmas Eve, including another one-possession win for the Minnesota Vikings. For that Christmas Eve Saturday, we had a separate group of picks that were published earlier in the week. If you feel the urge, the link is there to take a look at them. Now, though, we have the three Christmas Day picks to discuss. Before we get into them, here’s how the early-week games ended up:

The Miami Dolphins are due for a win. They had a very tough showing against both the 49ers and Chargers, especially offensively, but the Dolphins put up a very strong fight against the Bills on the road last weekend. They ultimately lost that game, but the offense looked much more like their usual high-flying selves last Saturday.

Meanwhile, Aaron Rodgers has notoriously struggled in the state of Florida throughout his career. Green Bay earned a 14-12 win against the Buccaneers earlier this season, but Rodgers is just 4-5 in Florida games during his career, and in those nine games, he’s passed for 2261 yards, 13 TDs, and 12 INTs. Additionally, Raheem Mostert should have a field day against the Packers atrocious run defense.

In recent weeks, the Denver Broncos have been figuring some things out offensively, and their defense remains one of the elite groups in the league. If Denver can score 20+ points for the third consecutive week, especially with Russell Wilson’s likely return at QB, the Broncos should be able to win this game.

This is especially so considering the Rams offense went back to looking lethargic with Baker Mayfield against the Packers. LA has had a disastrous season, and it looks like they will wrap up the 2022 calendar year that way.

In what might be the most underwhelming Christmas Day slate that the NFL could have put together, the Sunday Night game doesn’t get much better. A Cardinals team without Kyler Murray has been horrible offensively, and they have multiple other problems up and down their organization right now.

Meanwhile, the Bucs have scored just 17.6 points per game this season, and they have scored under 20 points in four of their past six games. They have gotten very little contribution from the running game all season long, and Tom Brady has not been able to overcome some poor offensive line play. This game is going to be a very low scoring affair. 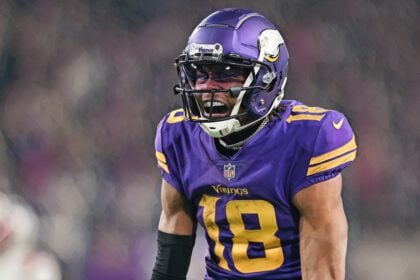